How To Write A Movie Review Guide

You don’t need a degree in English to be a good movie reviewer, and that everyone is invited to rate & critique a movie here. However, as you step into reviewing movies professionally, there are certain quality and guidelines that your critiques should possess. You should not use generalized opinions such as “oh, it was a great movie” or “the acting was horrible”, but rather give specific reasons and the whys.

If you feel like you are ready, you can start writing your reviews and get them published here on MovieFilmReview.com

Be sure to read up on tips for the actual write-up of a review – Here is a good guide to read up on. While we don’t limit you to a certain style of writing, the number of words you must have in your review, and what you must (or must not) write about, we do provide the following guideline to help you get started in writing a review.

Title of the movie

Paragraph 1
You will need to include the following: name of the film, prominent stars of the film, basic setting ( time and place), and type of film ( comedy, adventure, drama, etc.)

Paragraph 2
You will need to write a plot summary for the movie. Do not reveal the ending. Discuss at least 5 events and be sure to cover the entire scope of the movie, except the very end.

Paragraph 3
Discuss one aspect of filmmaking. You may choose from acting, direction, editing, costume design, set design, photography, background music, or anything else you may think of. Be sure that you are specific and cite examples from the movie.

Paragraph 4
Discuss another aspect of filmmaking. You may choose from acting, direction, editing, costume design, set design, photography, background music, or anything else you may think of, but obviously choose something different from what you discussed in the previous paragraph. Be sure that you are specific and cite examples from the movie.

Paragraph 5
Give your overall reaction to the film as well as your opinion on the quality of the film. also include your recommendations for potential viewers.

Remember, the guideline above is just what it is. It’s just a guideline, so throw in your own spin and develop your own format if you want to. Take a look at a sample movie critique for “Forrest Gump”:

“Life is like a box of chocolates. You never know what you’re gonna get.” However, when you watch Forrest Gump starring Tom Hanks as Forrest and Robin Wright as Jenny, you know you are going to get a lot of laughs and even a few tears. The screenplay for the 1994 movie was written by Eric Roth, based on the novel by Winston Groom. The story follows Forrest through 30 years of trials and tribulations, placing Forrest within historical moments of history, and in pursuit of his one dream–his “most special friend,” Jenny. According to the Washington Post, Forrest Gump won Oscar awards for Best Picture, Best Actor (Hanks), Best Director (Robert Zemeckis), Film Editing, Visual Effects and Adapted Screenplay. The movie was well deserving of these awards since the acting and the visual effects were extraordinary.

The films’ actors success in portraying their characters is a major factor in the film’s awards. Tom Hanks and Robin Wright worked well together, just like “peas and carrots.” The on-screen chemistry between the two was phenomenal. I felt a real connection between the two, finding myself mad at Jenny when she blew Forrest off and in tears when he told her that he was heading to Vietnam. Mokui’s Movie Review states “Tom Hanks IS Forrest Gump…He breathes life into the guy and you will feel what Forrest feels” (1994, par 1). James Berardinelli states, “Robin Wright gives the best performance of her career, surpassing what she accomplished in The Playboys” (1994, par2). Another performance that stands out is that of Gary Sinise. Sinise plays the part of Lieutenant Dan Taylor, whose life is saved by Forrest during the Vietnam War. James Berardinelli writes, “In this movie, his Lieutenant Dan Taylor is riveting” (1994, par 3). I thought that Sinise was quite convincing with his emotions throughout the movie, as if he was really a disabled vet who had lost both legs in the war.

Just as good as the actors were those working behind the scenes with the special effects. Throughout Forrest Gump the special effects were incredible. During Lieutenant Taylor’s scenes, I was convinced that he really didn’t have legs. I was studying the scenes, looking for any signs of legs, trying to figure out how it was done. It turns out that each and every frame was painted over to give it the true to life values that it holds. Also bringing the movie more credibility was the ability to place Forrest in history making events. These events ranged from Forrest teaching Elvis how to swing his hips to meeting Presidents for various accomplishments. These television clips of Forrest were done with such finesse that they look real. Critic Brian Webster (2003) states, “This is handled virtually flawlessly; if you didn’t know better, you’d believe that a fellow named Gump really did tell President Lyndon Johnson that he had been shot in the rump while acting heroically in Vietnam” (par 2). Rolling Stone (2003) states, “The effects dazzle, though never at the expense of the story” (Travers, par 2).

This story, complete with the Oscar winning performances in both acting and special effects is perfect for those in need of a dose of goodness. My family enjoys watching Forrest Gump together for rejuvenation, to view someone with true values of honesty, friendship and family. Forrest, with his heart of gold and his low IQ, never gives up. He always looks for the best in every scenario. The movie opens with a feather floating down over the city, landing at Forrest’s feet. Near the end of the story, Forrest questions, “Do we each have a destiny – or do we just float around accidental, like on a breeze?” As you are contemplating this question, the feather reappears and floats through the countryside right up into the ending credits.

Now, let’s look at what you need to do BEFORE you even start writing a single word:

Again, as mentioned, we are not very strict in terms of the format and minimal word length. We do encourage you to have your own writing style that you are most comfortable with instead of going with the norm. You will continue to grow your readership as more people appreciates your style and agree with your reviews.

Get started by visiting this page: https://www.moviefilmreview.com/mcw 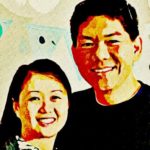