The Air I Breathe 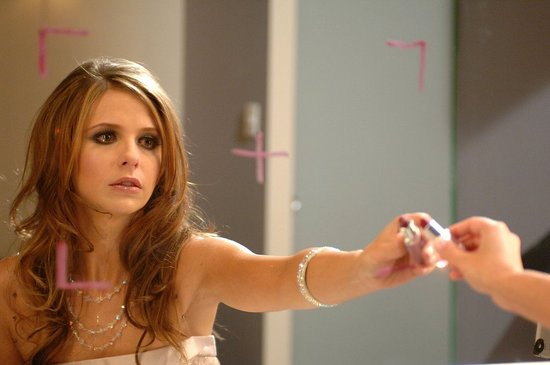 Four basic emotions and four seperate plot-lines revolve around one another and tie together to complete a fascinating and engaging film.

A banker (Forrest Whitaker) lives his life by the rules. He works hard, he does his job well and yet he feels like life has passed him by and that happiness eludes him. After overhearing his co-workers discuss a rigged horse-race, he decides to follow them to an underground, mob-controlled casino, and place a large bet on the horse expected to win. When something goes wrong and the horse doesn’t win, he is given two weeks to repay the money to the casino. A mob thug (Brendan Fraser) goes thru life with the curse of knowing the future. Instead of using this talent for good, he aides a heartless mobster (Andy Garcia), and lives his life without hope or joy. His visions begin to fail him, however, after first glimpsing a pop-star (Sarah-Michelle Gellar) and he becomes obsessed with helping her escape from the contract his mobster boss holds over her. The pop-star lives a shallow life of fame and riches and is haunted by the death of her father when she was young. She soon is forced to face the reality of what happens when she loses everything. Finally, a brilliant doctor (Kevin Bacon) races to save the life of a woman (Julie Delpy) he still loves, but who is married to his best friend.

A remarkable ensemble film with an amazing script (Director Jieho Lee and Bob DeRosa). Each of the recognizable actors performs at the top of there game. In particular, Andy Garcia plays a truely evil and dispicable character and captures the villiany of that character extremely well and makes the audience hate him. His character is the glue that connects the four plot-lines and he is like a satanic puppet-master pulling everyones strings behind the curtain, believing himself to be the hero and everyone else the bad guys. Brendan Fraser also gives a suprisingly emotional and complex performance. His character also runs thru several of the plot-lines and is really the emotional backboard of much of the film. He gives a raw gentleness to his character, but also a strength and intelligence that makes him fascinating to watch. Forrest Whitaker gives a powerful performance as always, and Sarah-Michelle Gellar displays some dramatic acting chops most people who didn’t watch her on Buffy for 7 seasons may find surprising.

The Air I Breathe is a wonderful and original film experience. Any fan of ensemble dramas and good emotional plot-lines would enjoy this film. The film also co-stars Emile Hirsch (Into the Wild, Speed Racer) and Kelly Hu (The Scorpian King, X-Men 2).