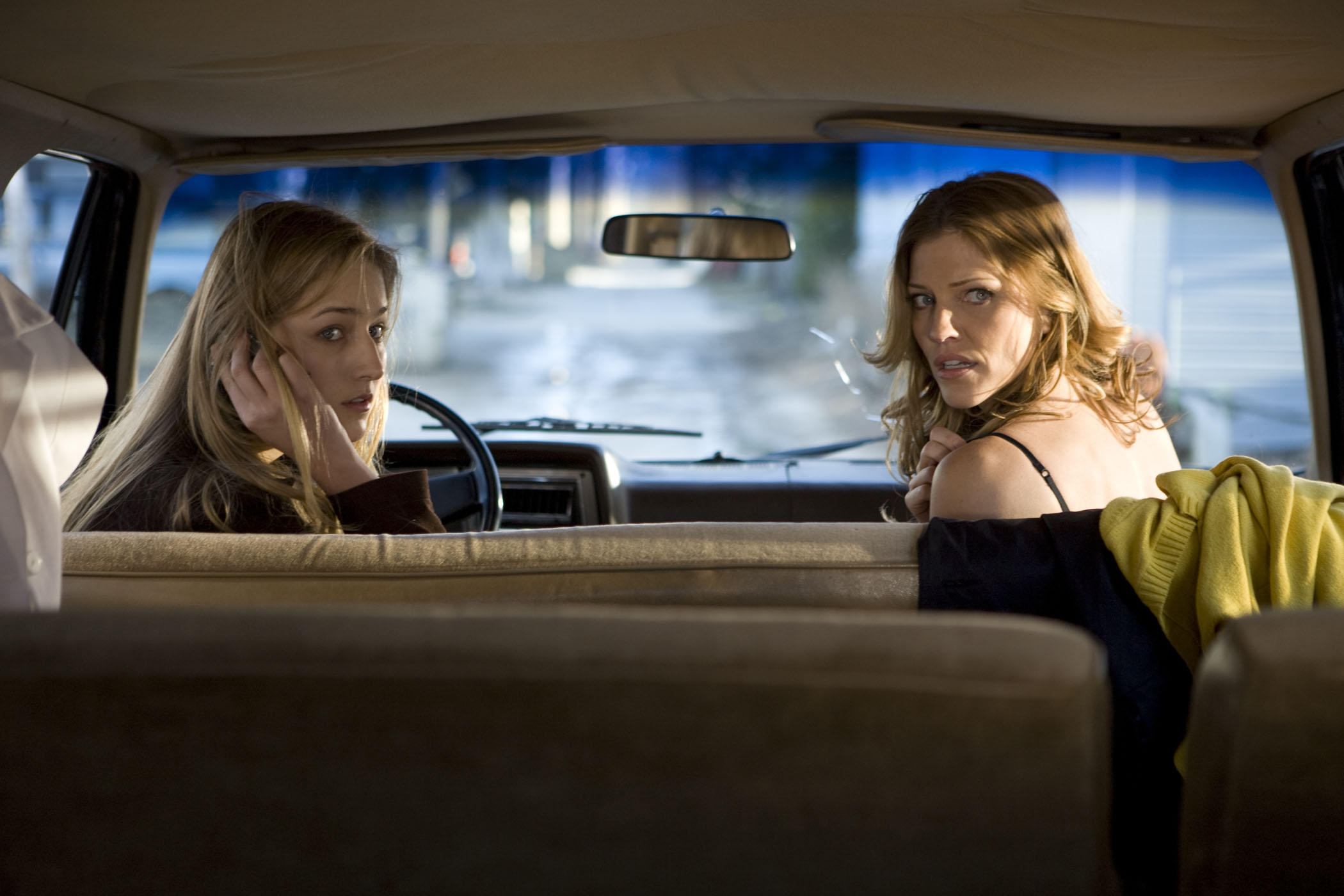 Directed by Robert Cuffley, “Walk all over me” stars Leelee Sobieski as Alberta, a small town girl who always seems to be jumping out of one mess and head-long into another.

Paul is in his own world of trouble. His former employer, Rene (Lothaire Bluteau) and his two henchmen (Michael Eckland and Michael Adamthwaite) have tracked him down and suspect him of stealing a heap of cash. It turns out Paul has recently won $20,000 gambling, and Rene finds it as he and the henchmen interrupt Paul and Alberta’s first “date”. Paul is knocked senseless, and Alberta grabs the cash and runs off, stealing Paul’s car and unwittingly bringing Celene into the mix as well. Now the two girls devise a plan to free Paul, keep the money and get the goons off there back for good.

It is a dark comedy-thriller, and despite its slow start, the film becomes entrancing once it gets going. Sobieski plays the frightened, and in over her head role of Alberta very well, and its nice to see her character evolve to a more confident young woman. Tricia Helfer is great, and finally gets some work outside “Battlestar,” although everything she does in this movie just screemed “Six,” but maybe its just me.

The supporting cast is excellent, including an underscored, but wonderful performance from Ross McMillan as Spencer, a long-time customer of Celene’s who is dragged into the events of the last half of the film. The two henchmen, also brothers in the movie, have a few humerous scenes together and have great chemistry. The odd plot is original, and keeps going in unexpected directions that keeps you guessing until the end. It’s a film I hadn’t heard about, but decided to take a chance on, and it turned out to be an unexpected, but delightfully entertaining film.