The tale finds the disillusioned industrial heir Bruce Wayne, in the wake of his parents’ murder, travelling the world to seek the means to fight injustice and turn fear against those who prey on the fearful. He returns to
Gotham and unveils his alter-ego: Batman, a masked crusader who uses his strength, intellect and an array of high tech deceptions to fight the sinister forces that threaten the city. Learn about batman origins and feel what it is like to be a normal human who trying to fight against evil all by his own. Well, maybe not all on his own, but with help of bats- the biggest fear of his life.   Batman begins perhaps the best batman film of its time. The title says it all: it’s a beginning of a new batman era and it’s a perfect beginning for a perfect film series. It starts with a story of Bruce Wayne’s early life (I believe I don’t need to tell you who Bruce Wayne is) and his fear for bats. We see how his life goes on and what happened to him to make him who he is by the end of a movie.

The acting is really intense. Christian Bale does the batman so well that I think he is the perfect guy for a role. His movements, his fighting and his speech are all fantastic and his voice really lets us know why all of the villains are scared when they face batman. More to that he shows the human part of batman really well, he acts like a complete jackass millionaire and makes himself look all elegant when Bruce works on his business. I really couldn’t find a better person to play batman than Christian Bale and that is weird as in previous batman movies there were many numerous actors who played this character and they all didn’t do such a great job. But not this one; Christian was a top performer out of them all. Christian is an actor who is very strong on screen and you can rely on him doing a great job which he did.

Michael Cane was perfect guy for Alfred role; he showed that he is British throughout and his care and humour was essential in this film. The rest of the actors done well too: Cillian Murphy was a great villain, so was Liam Neeson playing a guy with a mysterious alibi and a really dark past. Only one look into his eyes will give you the chills. Morgan freeman little role showed that he can do little roles and be noticed by the viewer as his acting perfect and Garry Oldman showed that little bit of professionalism in his acting as his character is desperately trying to save his city but being fully outnumbered until batman arrives. I didn’t particularly liked Katie Holmes performance but I didn’t hate it either so I think its fine as long as it doesn’t affect the whole movie. But she needed more enthusiasm I think and that’s what she really missed.

The special effects were amazing. Perhaps that will sound weird but this film didn’t have as much special effects as all other barman films and yet it tops up most of them. The batman gadgets are exciting and they all look awesome as for bat suit it is just what the real one would probably looked like.  It is interesting to see how batman obtained all of his gadgets as it is different to all of the other batman films which make you feel more interested in this movie. Special effects are essential in films like that and they were fully delivered here.

Finally the story tells us about the real Bruce Wayne. It is not just about a badass superhero, it’s about a boy who lost his parents and was fortunate to own all of his parent’s empire. But he needed none of that as he seeks revenge and he promises to fight against all of the evil in this world and in his home city
Gotham. He doesn’t seek death and destruction to all of his villains no, he is trying to save the lives of all the innocent people and his ultimate challenge is to prevent Gotham from becoming a city filled with corruption and crime. He faces his fears and personal problems on his way to becoming the most fearful superhero in the world. A story of his dark childhood and even darker adulthood is all we see and it is being fully delivered here. I love the way they show us his childhood and the fact that he was afraid of bats when he was younger. An ordinary man, with no super powers or any other special abilities, who is fighting against crime and trying to overcome his biggest fear-Bats. This films will delivers everything you could possibly expect from it and much more.

So, this film is not an ordinary one; it is a mix of action and intrigue filled with tragedy and sadness which will keep you on the edge of your sit throughout the whole movie. We get a little clue about a sequel to this film right at the end of the movie and when you think that there is nothing else to hope for, you understand that there is going to be a sequel and that completely blows you away. Now, usually the sequel turns out to be worse than the first movie but I have a feeling that such a talented director as Christopher Nolan will deliver something really special with his second batman movie. After all, he created this absolute masterpiece. 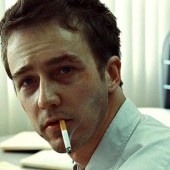 Well, my name is Ilya and I am a very keen admire of films. I loved them since my young age and until these days and respectfully I will enjoy watching films for the rest of my life. I watch all kind of films either if they good or bad, scary or funny and serious or silly. My favourite types of movies are drama/thriller/war. Also I like some foreign films, these last days I found out how truly great some of them are. About myself: My full name is Ilya Podobin and I was born in Russia and spend 12 years there after I moved to England and now lived here for 3 years and planning on living here until I get a proper job and education. I am 15 years old. Live in Peterborough, Cambridgeshire so hey to all of the English people out there. I do enjoy other things apart from films like sports, TV, and I enjoy spending my time with my mates when I get a chance. I was thinking of a some sort of filming career would it be an actor or a film critic or a simple film technician I don't know yet, it all depends on how I will finish my school and what I will achieve in this last years before I become an adult. Well, that's all the basic stuff you need to know about me. Feel free to talk to me at any time and ask me any questions. Take care. "It's only after we've lost everything that we're free to do anything."- Tyler Durden, Fight Club. (1999)