Nim (Abigail Breslin) lives on an island with her dad (Gerald Butler) and many of her animal friends. Her dad is a marine biologist who studies microscopic organisms that live in the ocean, which Nim report as not being her thing. Nim’s hobby is reading. She loves reading books about a fictional adventurer named Alex Rover (Gerald Butler) written by Alexandra Rover (Jodie Foster). When Nim’s dad becomes missing at sea and her island becomes invaded, she asks for the help of her mythical hero Alex Rover.

Another average family friendly film with an minor issue not usually found in this genre. The problem being it doesn’t try hard enough. I found that most films geared towards kids try too hard to please audiences and end up being annoying to adults. This isn’t the problem here. Never once did I find myself truly aggravated, but it could have used more imagination. With a great imagination this film could have been taken too the outer limits without huffing and puffing it’s way to the finish line. It felt like the actors were just on vacation. Jodie Foster was decent and would have been really good if the movie was a little better, Abigail Breslin is adorable like she was suppose to be, and Gerald Butler give an uneven performance, with the more likable character being Alex Rover.

The story was very simplistic with nothing really complex muddling it’s moral. This is very mild entertainment. The scenery is really the only thing to look forward to if you going to see this in theaters. It was beautiful too look at. But with no adventure or action taking place, the film begins to slowly fade in memory, never being a real burden to my viewing pleasure. I enjoyed it, but not immensely and it never uses a sufficient amount of imagination to sparkle. Jodie Foster was very energetic and brought some life to the screen. A screen lacking in full-on entertainment and a suitable amount of happenings. This isn’t a boring movie or a bad movie, but it’s lacking in effort.

I did like the movie, but I felt like there could have been much more done here starting with it being more adventurous. The acting wasn’t bad but the script (which took a total of four writers) felt underwritten. There is no real chemistry to be found between the actors, aside from Nim and her gassy sealion who spend the most screen time together. Nothing special and I wouldn’t spend the admission price plus popcorn and soda to see it, but it certainly isn’t a hardcore disappointment and the ending is sweet.

Be sure to check out my mainstream review site-Blogcritics.org 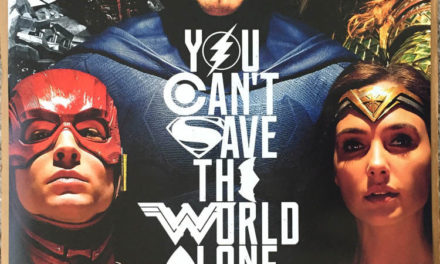