21 is a “heist” type film that stars Jim Sturgess, Kevin Spacey, and Kate Bosworth. Takes place mostly at MIT College and of course in glorious Las Vegas. Unfortunately this film shoots for blackjack and it busts about halfway through.

Jim Sturgess plays Ben Campbell, an MIT student who has all the grades and requirements to get into Harvard Med but, like most adolescents who try to go to college, doesn’t have the near three hundred grand that he needs. During his days at MIT he is inventing a machine with his two friends for a science fair type situation when one day in class he manages to prove Issac Newton wrong and brand him a thief. This impresses the professor Micky Rosa who is played by Kevin Spacey. The movie then takes off when Ben is invited to a group of six people who go to Las Vegas on weekends and using their brilliant minds, count cards as a team to make as much money as they can. This is seen as Ben as a solution to his money problem and states that once he gets the three hundred grand he needs he’s out… yeah, right.

The acting for this movie is passable at best. Spacey perhaps gives the best performance of the group but that isn’t saying much. The students all play their parts under the radar except for the occasional attempt at some serious acting from Sturgess and Bosworth which never really pan out. Laurence Fishburne also stars as a casino security guard who tries furiously to capture Sturgess who he suspects is counting cards. Fishburne for the most part gave a mediocre performance except for a few times when his acting left me on the floor laughing at his horrid attempts of acting.

The story was adapted from the book Bringing Down the House which soars in comparison to this film. The film followed to take the premise of the book and then change every single detail along the way eliminating several of the book’s most exciting and interesting plot points.

Overall 21 is a movie that takes itself way too seriously. I’m not saying that the movie was horrible, by all means if you need to choose a movie this weekend between SuperHero movie and 21 then by all means go to 21, but I truly believe that I felt more realistic acting and entertainment in last week’s movie Horton Hears a Who. 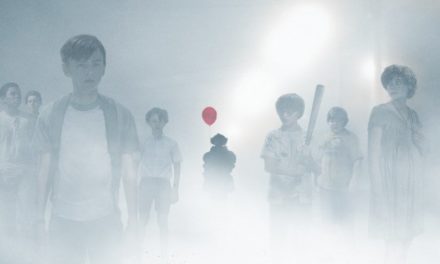