What is it about politics that both enchants and disgusts us? For every Obama or Kennedy or Lincoln, there’s a Bush or Nixon or Harding (I reveal my liberal affectations, I imagine). For every great man who wants us to realize the promises that we hold in our collective prosperity and security, there are five others interested in consolidating their own power or that of their backers. Perhaps that is why politics is the ultimate test of character. Do you maintain your morals and principles (and therefore, in all likelihood, fail) or do you give in and compromise to increase your own position or secure your continual re-election. The politician as a truly tragic figure of modern film and literature is an area rich with possibility for proper exploration. While 1999?s Waking the Dead doesn’t quite do that noble material full justice, it was still an interesting, if slightly uneven, film exploring one man’s morally slippery path towards national office.

Billy Crudup plays  Fielding Pierce, an ambitious young attorney who has been chosen to run for the United States Congress by the local Democratic machine in the year 1982. Ten years prior, his girlfriend Sarah Williams (Jennifer Connolly), an idealistic radical helping out members of the Chilean resistance, was murdered by members of the Chilean regime. In the film’s present, while on the cusp of being to elected to Congress, Fielding suddenly begins to see visions of Sarah and is convinced that he is losing his mind. The film’s plot zig-zags back and forth between past and present as we see both the election, the budding formation of Sarah and Fielding’s relationship, and the seeds of its dissolution even before her death as her noble idealism clashes with Fielding’s practical ambition. The plot doesn’t go into too many unexpected places, and while the film’s ending was ambiguous enough to leave me happy that they didn’t try for something more solid, it still left me feeling like it was ultimately too neatly resolved.

If the plot isn’t anything to write home about but still passable, fortunately, we have the performances of the two leads to keep us paying attention to the film. I really can’t understand why Billy Crudup isn’t a huge star. He looks like a cross between Tom Cruise and Keanu Reeves and has better acting chops than either of them combined, which we’ve seen in other films like Watchmen or Inventing the Abbots. In the film, he looks like a spiritual predecessor to American Psycho‘s Patrick Bateman cross-breeded with one of the Kennedy’s and that child decided to enter politics. He looks, talks, and acts exactly the way a young and ambitious politico should and yet still brings plenty of emotional gravity to the love scenes between him and Jennifer Connolly. Jennifer Connolly, an Oscar-winner for A Beautiful Mind, also shows why she’s another brilliant yet under-rated female actress in Hollywood today who plays the idealistic Sarah with wit and passion and intellectual ferocity that is often not seen in enough strong female roles.

This isn’t necessarily a great film. But it’s a good one. And it’s raised above it’s passable script with great acting, where the actors sometimes have to make due with less than stellar dialogue that lesser actors would have made just sound even more awkward and out of place. If you’re interested in politics or you find the prospect of a surreal non-linear love story appealing, you should check this one out. It’s probably not for everyone, but for a certain breed of people, you’re likely to at least draw some value from this film. 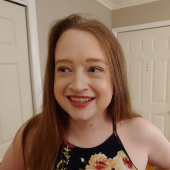