127 Hours tells the remarkable true story of Aron Ralston, a young explorer and canyoneer. After setting off to the Utah desert on his own to explore Blue John Canyon, with limited and basic supplies, having told not even his mother of his plans and intended whereabouts, Aron befalls a situation few of us dare even imagine.

After attempting to negotiate his way across a large gap between canyons by using a wedged boulder as a stepping stone, Aron realises that the boulder wasn’t as wedged in as he had anticipated, and, having fallen into the canyon, is now resting nicely on his crushed arm pinning him to the side of the canyon wall.

As this is a true story, this horrific situation becomes all the more potent.

127 hours is the ultimate in “what would YOU do?” psychology.

Literally entombed, with only a few litres of water and two burritos for nourishment, plus no mobile phone and nobody searching for him, Aron tries in vain to desperately free himself by hacking away at the boulder, before ultimately reaching a dark and horrifying conclusion – that having one arm but keeping your life is probably a decent deal.

127 Hours really puts you in Ralston’s shoes and makes you question the will of human instinct. What would you do if you were in this unfortunate scenario? For Ralston, his decision reached the highest echelons of the extreme.

Using a rusty, blunt and crude knife, he tears through his skin, flesh and sinew before hitting solid bone. Aron then uses the boulder to break his arm by repeatedly hurtling himself into it, allowing for him to eventually slice off his mangled limb.

There are reports that some cinema patrons fainted during this scene, but it isn’t nearly as grotesque as it could have been, and Boyle treats it with subtle dignity, allowing the viewer to assume what is going on throughout the process. In reality, it took Ralston an hour to sever the limb with the two inch knife, and he lost 25% of his blood volume doing so. This is not portrayed in the film.

As far as the true story goes, 127 hours stays as true to it as possible, with the one exception of an unfortunate fictitious scene involving two bikini-clad beauties and an underground secret swimming pool. (The real Aron Ralston even admitted to having reservations about this scenes inclusion).

Barring that, 127 hours is a solid effort at reconstructing that fateful day, and the brilliant James Franco adequately portrays the variety and range of emotions Aron went through during his ordeal, helping the film draw the audience in with its authenticity and evoking empathy.

The film, with the exception of the occasional flashback/delirium induced hallucinations, remains in the canyon for the entirety focussing on one central character, (ala Buried) so it is a great achievment for Boyle to retain the films captivating and attention holding charm. Following Arons ordeal on an almost constant basis, leading up to his final decision,  it would be fair to brand 127 Hours as a film where “nothing much happens”. the film could very easily have descended into monotony; the fact that it didn’t is a real testament to both Boyles directing skills and Franco’s charismatic and endearing performance. 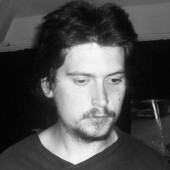 I am a 22 year old writer from the North West of England. I have just graduated with a degree in creative writing and I have a passion for all things media, film and television.