Marvel studios which is famous for comic book movies, is back again with a comic based movie, that has been already seen on screen. But we are waiting for the origin of the X-men. This movie delivers the beginning and how the X-men evolved. From the title itself, it is revealed that X stands for Xavier. He starts a school and brings in students and trains them. Basically he brings only the mutants. With him is Raven who met him when he was a child, searching for his mother and raven was her disguise. Since she seemed different, he allowed her and she is almost his sibling now. On the side track, of this we get to another important character called as Eric Lensherr. Eric possesses some magnetic deflecting powers and his powers are been tried to exploited, where his mother is killed. From that on wards Eric wants to find people involved in this and kill Dr. Shawn. During such a attack, Eric is stopped by Xavier. They get connected well with each other and reach various places to find the other mutants and build a team. A CIA mc.taggert joins hands with Xavier and they successfully find the mutants. But the mutants are young kids and do not understand the importance. They are attacked by Shawn and one of them is killed and other mutant join hands with Shawn. Eric and Xavier discuss on, training them and Xavier trains them. Meanwhile Eric is always having an agony and anger which is lying between and his determination is getting lost. Xavier connects through him and makes him realize that, there is something between agony and anger. This makes Eric stronger and more determined. Shawn wants to bring up the Third world war, and the so called mutants, try to stop him. The battle between USSR and USA, at the Cuba crisis, is the main thing to be stopped. But things can change, and now the so called X-men are ready to face, an arch enemy within them.

Performances are neat. James Mcavoy as Charles Xavier did a neat job. His dialog delivery and body language and expressions are too good. Micheal Fassbender is perfect as Eric Lensherr a.k.a magneto. He is sportive, calm and violent at many instances. He is determined in his role and does a perfect job. The movie mainly focuses on the character development of Eric and Xavier. Their strong bond that can make others realize their responsibilities. Kevin Bacon as Dr. Shawn is a perfect villain. He does not possess that kind of wild eyes to show the villain character, but his powers say that he is a perfect villain. Rest others are good.

Narration was good and character introduction was good. The story relates Eric and Xavier. Their bond getting stronger day by day. Their emotional connection and displaying sweet memories are all perfect. The scenes where they are together are awesome and would recommend to watch again.

Technically movie is cool. Very good music and background score at crucial points in the movie. Editing is top notch and scenes are connected for perfection. The way movie begins and from there on wards, it starts to flow on a regular tone with crispness and no where movie goes on a slow side. The climax is really good and it shows us the beginning of the built characters. Cinematography is top notch and scenes are perfectly captured with the camera. CGI effects are top notch and action scenes are splendid and spell binding.

Finally we got the coolest action movie of the year which is deeply connected and emotionally satisfying with certain errors here and there. With more character development rather than, action and story, we get finally a dramatic  movie. I give three and a half for the movie. It is perfect and easily a pleasant movie to watch. This may not be like Batman begins or Spiderman part 1, but it is easily a good way to begin the series. 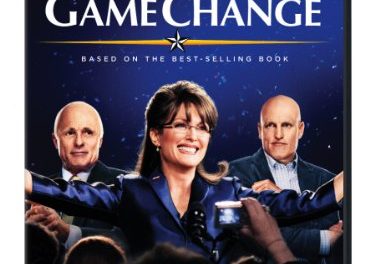