One of DreamWorks Studio’s most recent films, Megamind tells the daring tale of what happens when the villain comes out on top. The dashing and debonair Metro Man (Brad Pitt) has always been there to protect the people of Metro City from its persistent (and largely ineffective) attacker, Megamind (Will Ferrell). When Megamind lures Roxanne Ritchie (Tina Fey) into the mix, however, things could get ugly. It is then that viewers truly go inside the world of Megamind in this action-packed comedy.

From the very beginning, Megamind had a very interesting life. But destiny has a mind of its own, and when baby Megamind falls from the sky, he discovers that his soon-to-be archrival has arrived as well. They grow up together, Metro Man as the cool kid and Megamind as the odd one out. For a while, Megamind tries his best to be just like everyone else. But one day, he realizes – if everyone is going to treat him as evil, he’s going to be the worst evil he can be! From that moment on, Megamind and his faithful Minion become the most devious duo ever to inhabit Metro City. They scheme and they plan the most villainous of attacks, but Metro Man always manages to stop them in their tracks (and make them look stupid too). Roxanne Ritchie, news reporter with the coveted position of filming Metro Man’s victories, remains undaunted as she watches battle after battle where Megamind comes away the loser. Sure, Megamind kidnaps her (a lot), but she’s used to it. But this kidnaping is different. Metro Man speeds to her rescue, but it’s not enough. Megamind has finally concocted the perfect plan. He gladly pulls the switch and ends Metro Man’s heroic life. Roxanne is free to go, and Megamind revels in his villainy. He stomps around the city, doing as he pleases. Soon, however, he discovers that victory is just a passing fancy. What’s there left to do, now that his nemesis is gone? Life gets pretty boring with no purpose. Determined to bring meaning back into his life, he takes some of Metro Man’s DNA and injects it (somewhat on purpose) into Hal, Roxanne’s newscast assistant. Soon enough, Hal has gained the power of Metro Man! Megamind travels in disguise, training up Hal to be better than Metro Man ever was. When he’s not raising his enemy, he’s using a different disguise to date Roxanne. Things are getting complicated. Then, Hal discovers who he really is. Megamind is finally locked in a battle with the beefed up Hal (now known as Titan), but Megamind soon discovers that Hal isn’t what he seems. Hal has turned villainous, and he plans on razing Metro City to the ground. Can Megamind really bring himself to play the hero? Will he take responsibility for Titan, the villain he has created? Or has he finally created an enemy that’s just too strong?

Megamind is on par with some of its competitors in many areas, although the film excels in animation. Megamind’s tacky leather outfits are textured beautifully, and Minion’s spiked body (and the robot he walks with) are believable and yet comical. It’s a pleasure to watch the animation during talking scenes, when both facial expressions and mouth movement are very well done.

If there is one area where Megamind truly shines, however, it is in the voice acting. Will Ferrell makes an amazing Megamind whose voice drips with sarcasm and witty humor. Brad Pitt brings on a convincing performance with Metro Man, who sounds heroic and tough (even when he doesn’t look it). The truly believable voice acting takes this movie to a whole new level and is some of the best I’ve seen in quite a while.

Megamind is a great film. I walked into the theatre expecting a childish movie, but Megamind presents some challenges on a higher level as well – what happens if the hero really loses? The comedy mixed with action is perfect for the film and is executed very well. Megamind is a great family movie and I’m sure kids will love the witty antics of Megamind and Minion. While DreamWorks has certainly had better films in the past, Megamind was a surprising treat that I would consider a great success. 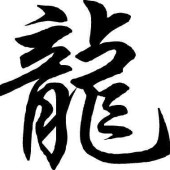 My name is Carrie Ott, and I am an avid writer with a number of paid publications under my belt. I enjoy watching movies (especially foreign ones), and I also enjoy leathercraft and biking.