To the surprise of the studio heads over at 20th Century Fox, Romancing the Stone was a massive box office hit when released in 1984, meaning that a second venture for the beloved characters was inevitable. Rushed through production in response to Romancing the Stone‘s unexpected success, the rapidly-produced Jewel of the Nile was ready for release by Christmas of 1985. While Michael Douglas, Kathleen Turner and Danny DeVito all returned for this follow-up, newcomers were brought onboard to handle writing and directing duties. Gone was the plethora of talent that made Romancing the Stone so damn great…replaced by a creative team who were nowhere near as adept. While Jewel of the Nile is generally entertaining in parts, it lacks the allure of its predecessor, and is deficient in most of the original film’s worthwhile characteristics.

As Jewel of the Nile kicks off, Jack T. Colton (Douglas) and Joan Wilder (Turner) are six months into their globe-trotting love affair, with Jack enjoying the sailing and Joan struggling to complete her overdue novel. Unfortunately, the lovers have become a little tired of one another – Joan wants to return to New York, while Jack wants to sail his yacht down to Greece. Tensions come to a head when wealthy Middle-Eastern ruler Omar (Focás) approaches Joan, inviting her to his kingdom to write his biography. While Joan enthusiastically agrees, Jack stays behind. Shortly thereafter, Jack runs into Ralph (DeVito), who is still in search of riches and is out for revenge against Jack. When Jack’s yacht is blown up, he is informed that Omar is a rather treacherous character, and that Joan may find herself in considerable danger. Upon learning that Omar is in possession of the precious “Jewel of the Nile”, Ralph and Jack team up and head off seeking treasure.

During production of Romancing the Stone, everyone had something to prove – Michael Douglas had to prove he could be a leading man, director Robert Zemeckis had to prove his filmmaking chops, and writer Diane Thomas was trying to show she could write mainstream films and leave her job as a waitress. They were driven to make a good flick, and succeeded because they cared. With The Jewel of the Nile, it feels like everyone involved was just going through the motions to get the darn thing done. With Jack and Joan at each other’s throats from the film’s early stages, the warmth and innocence of their relationship is gone, and gone too is most of the fun. Marred by a number of slow segments and an overly dull midsection that’s only occasionally punctuated by moderately enjoyable action sequences, the film feels longer than its average 105-minute running time might suggest. Absent is the remarkable wit and creativity of Romancing the Stone, not to mention the spark of the first film is extinguished here. Even the nostalgic, charming score of the original film is lacking in Jewel of the Nile; replaced with a dull, grating musical accompaniment. And did the filmmakers seriously think an opening credits song stating “You and I can touch the Jewel of the Niiiiiiile” would be a smart choice?

Lewis Teague (Cujo) took the reigns as director here, but he failed to demonstrate worthwhile skill as an action filmmaker – the set-pieces here are not as exciting or as energetic as Romancing the Stone‘s best moments. Worse, Jewel of the Nile is pervaded with an unmistakable TV movie vibe, with ADR dialogue, cardboard-ey sets, a number of cheap-looking special effects, and local extras who seem to enjoy looking directly into the camera lens. The pacing is generally lethargic, and the touch of Robert Zemeckis – whose directorial skill was a majority contributing factor to the first movie’s success – is sorely missed. Admittedly, there are a few great moments (such as the well-handled opening sequence derived from Joan’s latest book) and a few note-worthy one-liners. Overall, though, the film is not a patch on its predecessor. Teague has admitted the film was indeed a rush-job, and this is frequently obvious.

The magical chemistry shared by Michael Douglas and Kathleen Turner in Romancing the Stone is lessened to a great extent here, and consequently it’s hard to care about their relationship. The characters are less happy as a couple in this movie, which was a bad decision. We endured all of the obligatory bickering and spite in the original movie, why couldn’t we get a sequel in which the central coupling actually like one another? To hell with “romantic tension”! Towards the end of the movie, with Jack and Joan a few strands of rope away from certain death, they suddenly and inexplicably reconcile their relationship and realise they do in fact love one another after all. This stuff is amazingly contrived. What happened to the carefully nurtured, organic relationship that emerged in Romancing the Stone? At least Michael Douglas remains strong and Danny DeVito is rather funny as Ralph. The interactions between Douglas and DeVito are at times quite amusing, and save the film from total disaster.

When the script for Jewel of the Nile was first delivered, Kathleen Turner thought it was appalling, and she tried to back out of the movie until Fox threatened her with a substantial lawsuit. In a bid to make Turner more comfortable, Diane Thomas apparently did a small amount of uncredited script doctoring. What a shame Thomas was not available to write the entire script. While there are a few good moments and a handful of funny lines, Jewel of the Nile is a pale sequel which never rises to the giddy heights of the first film. It’s not especially bad per se – it’s just a disappointing voyage into utter mediocrity, and it looks sinful next to its outstanding predecessor. 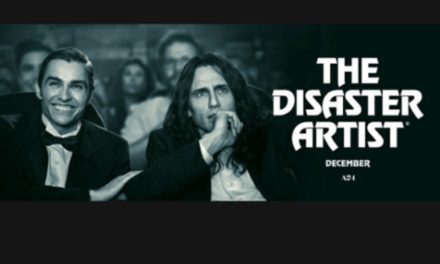