And I’ll include a list of movies they’re in that are sooo good. And I’m only going to include movies I’ve seen, so feel free to add any films that any of the 10 are in that kick arse

10. Keeanu Reeves – He had an excellent adventure. This is one I see a lot. People love complaining about how wooden he is. He isn’t the most expressive actor, but I enjoy watching him.

9. Michael Cera/ Jesse Eisenberg – I’ve put these two together, because there has been times when I’ve seen people complain about seeing too much Michael Cera when in fact they just watched a trailer for a Jesse Eisenberg movie. Also people who do know they’re different people, complain that Jesse’s just a rip off of Michael Cera. I don’t buy that. I think they both have a subtle difference in acting. Micheal Cera would not have been good in Social Network and I don’t see Jesse being Scott Pilgrim. Cera does comedy much better, while Jesse does drama better. 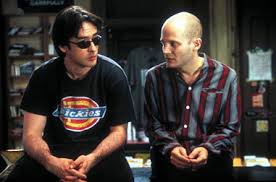 8. John Cusack- Awhile ago the movie 2012 came out. I thought it looked like shite. I watched it. It was shite. But before it came out people complained eww John Cusack’s going to ruin this movie. And I thought, “really your mindless disasters are going to be ruined because they’re happening to a good actor.” I like John a lot because he reminds me a bit of Bill Murray in his dramatic roles. He’s perfect with deadpan. 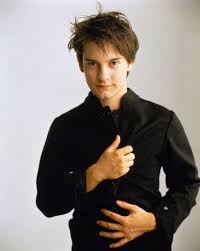 7. Tobey Maguire- He’s Spider-Man! Apart from my love of the first two outings of Spider-Man, Tobey is a charming actor. People have called him stiff and awkward. Well, yeah; he usually plays nerds. That’s how we are. I think I can relate to his characters from Spider-Man and Wonderboys probably more so than most movie characters.

6. Paul Giamatti- The amazing screw on head!! I think most people don’t like Paul because they think he’s a Big Fat Liar. 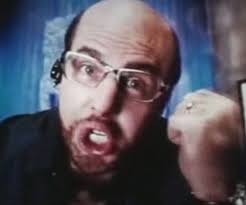 5. Tom Cruise – That’s right. I went there. Tom Cruise. He’s short! He’s a diva! He thinks his shit smells nicer than yours! Both of his wives have made out with Batman! He married a girl who had a crush on him when she was growing up! He desperately wants to be Batman!  He worships Hydrogen bomb dropping aliens! How can anyone not love his batshit craziness? And you have to admit, over the years he has landed some good roles. 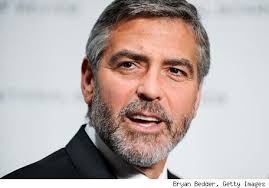 4. George Clooney – Everyone in my family hates George Clooney. I don’t get it. Yeah he wore Bat nipples. He does also seem like he plays the same character in every movie. But he plays that character so damn well. He’s probably the most charming man in Hollywood. He’s also not a bad director.

Recommendations: O Brother Where Art Thou?, Ocean’s Eleven, Confessions of a Dangerous Mind, Burn After Reading, Up in the Air, The Men Who Stare at Goats, Fantastic Mr. Fox

2. Ben Affleck – Guess what. I like Ben Affleck better than Matt Damon. I don’t know why Ben gets such a bad rap. He’s funny and he’s willing to take the piss. His work with Kevin Smith is better than just about anything Mr. Damon has done.

1.  Nicholas Cage – That’s right, drop your jaw! The man does have an Oscar, y’know. Also I think he’s up there with Christopher Walken and Willem Dafoe who just do whatever they want and don’t care if they’re over the top. He’s worked with directors such as Martin Scorsese, Francis Ford Coppola, Oliver Stone, Spike Jonze, Ridley Scott, Gore Verbinski, David Lynch, and even the Coen Brothers. Yes, for every good movie he has, he has a shite one. But damn is he fun to watch.

That about sums all that up