Is there a ‘Green Lantern’ conspiracy? a Mr. E Movie Special Review 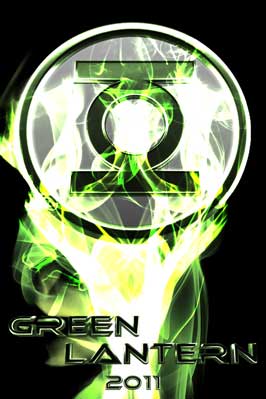 I want to state that I smell a conspiracy.

After viewing the newest DC Universe superhero installment of the Green Lantern, I have to say most of the negative hype seems unwarranted. Not only are the complaints about flat storylines and CGI sets exaggerated they are done so from either a point of misunderstanding or maybe malicious Marvel fan-boy-dom.

I do admit there were brief moments where the CGI animation was over done in the way some of the characters moved or how for a second they looked cartoon like. But on the other hand there were equally impressive moments where it all really shined. I even really enjoyed the fact that the movie itself makes fun of the outfit and specifically the mask in its initial ridiculousness. What it lets us know is that they’re not taking themselves too serious and that they know what the audience out there is thinking. It’s like pointing out your faults first to defuse a bully.

As far as storylines go I must also point out that this is an origins story. It was meant to layout for those who aren’t aware and even those that are the foundation of how this version of the merchandise emblazing character came to be. Not to encompass 70 years of storylines in its first two hours. Just for comparison think Iron Man which was an origin story as well and when comparing super hero movies has already been compared to the caliber of this one. My point here is that there’s a necessity for these kinds of characters to be developed on screen for the masses to suck them in to the franchise and even possibly get them to pick up a back issue or two and really commit to it.

It’s undeniable that physically Reynolds as the iconic Green Lantern works perfectly. I’d even like to counter those critics who say his witty personality never really got to shine through in this role. That’s completely false. Just watch how he reacts to himself the first time he sees himself in the suit or one of the other numerous times he drops a classic sarcastic wisecrack. Plus, we all know he had his pick of new heroes to play, i.e. Deadpool which he still might, and I’m glad he chose to start with this one. (Even though the choice to first bring out the Green Lantern instead of let’s say The Flash was actually DC’s golden boy Geoff Johns, but I digress.)

Now onto the other 3,600 Green Lanterns, in three words, they look great! They weren’t necessarily developed fully here and instead just a few of them introduced but, then again this isn’t a Green Lantern Corps movie. Actually Mark Strong’s Sinestro looks like he stepped right out of the comic book pages! Honestly if I had a complaint about any underdevelopment it would be with Sinestro. They give us some good looks at who he is and his function as a leader of the Corps but it just seems they underutilized him, that‘s all. (Oh, spoiler alert, be sure to stick around after the initial end credits for the further development of one of the Green Lantern universes main characters.)

OK, so I’m not saying that GL was without faults, I’m just saying that it’s a good origin story and a big step in the right direction for DC and one of their franchises that’s not Batman. (Which is on top of its game and I can’t wait until next summer’s Dark Knight Rises.)

With all that said I’m giving Green Lantern a 3 out of 5 stars and a recommendation that all of you go see for yourself what this one’s all about before believing any hype.

“…and remember 3-parts popcorn to 2-parts chocolate washed down with 1-part cold beverage. Mmm. See you at the movies!” – Mr. E

Streep and Adams are Sizzling in Julie & Julia