Sequels are a tricky business. Obviously, the audience is interested in seeing more of your characters and further development of the storyline, but then they will always compare it to the previous work, so you need to go bigger and better and quite often it can fall flat. This week there were two films for enter this dangerous fray, each taking a different approach and each having different results. Let us begin with Kung Fu Panda 2. By now, we should all be familiar with Po (Jack Black), the fat, bumbling, lovable Panda with a love of Kung Fu who due to sheer accident (or destiny, depending on how you look at it) was declared the Dragon Warrior, defender of all China. Much to the dismay of Master Shifu (Dustin Hoffman), who has to train this clumsy oaf, and the Furious Five: Tigress (Angelina Jolie), Monkey (Jackie Chan), Viper (Lucy Liu), Mantis (Seth Rogan) and Crane (David Cross). The first film mostly deals with his training as he stumbles his way into discovering his own style, eventually becoming the true Dragon Warrior and defeating the unstoppable snow leopard, Tai Lung (Ian McShane).For the second film, the writers an directors decided to keep things simple, let’s just continue the story. Where would the story go from where they left off? Po is already the Dragon Warrior, so that’s where we pick up, with him being the Dragon Warrior and fighting bandits in the villages, rescuing people, etc. Let’s add some conflict. We want a villain more difficult to defeat than the last, but Tai Lung was one of the greatest of Kung Fu warriors, how do we top that? With a peacock. What? Yes, the new villain is a peacock named Shen (doesn’t even sound scary), but wait, he’s voiced by Gary Oldman (getting creepier) and he’s built a weapon greater than Kung Fu, one that blew Master Rhino into oblivion leaving only his hammer and a huge crater in the earth (Now we’re talking!). In order to defeat such a foe, Po must learn inner peace (because training is vital to these types of stories, if one doesn’t train, one doesn’t improve). In order to obtain  inner peace, Po must confront his past and the question of where he came from. This leads to one of the funniest moments in both films as he talks with his “Dad” (a goose) about the obvious but ignored fact that he is adopted. It turns out that Shen is tied into Po’s past, in a way that may threaten any chance he has at inner peace. The plot thickens into a rich steaming stew, but then, Po is always hungry.

All in all, how does this formula work as a sequel? Brilliantly. There is far more action in this film than the last as Po does less training and more fighting, but tempted as we may be to focus on Po, you need to watch the Furious Five. They haven’t been sitting back and twiddling their thumbs, they’ve been training too. At what you may ask? From the looks of things, keeping Po from looking like a fool. When they leap into action from a six-story building, Crane pulls up on Po’s pants so that he lands on his feet. If Po starts to lose his balance on a wall, Viper whips him back from the edge (you get the idea). It’s wonderful and fun to watch. The story is magnificent and leads to great onliners (“Ah, I face you again my old enemy…Stairs”). Parents bear in mind that Po’s background story does get a bit sad and some parental guidance may be needed for more sensitive children, but the overall experience is well worth it and totally enjoyable. 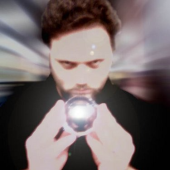 The Fast and The Furious: Tokyo Drift, a Mr. E Movie Review