Terry Noonan is an undercover cop who used to live in the New York City area known as Hell’s Kitchen. He had been in Boston for years but now he’s come back to his hometown where he grew up, reunited with his old childhood friends, Jackie Flannery and Stevie McGuire, while secretly trying to take down the Irish mob that Jackie’s older brother Frankie is the leader of. Terry also reunites with his old flame Kathleen, whom is also Jackie and Frank’s sister. In order to get close to Frankie and his ties with the Italian Cosa Nostra, Terry has to first hook up with his friend Jackie who is also part of Frankie’s crew. He manages to get close to the Flannery’s and their violent world, but being undercover does eventually take its toll when Terry has to question if his loyalty is stronger to his friends or to his job to serve the law. Case in point when he finds out that Stevie is dead and is later told that it was Frankie who might’ve made the hit, when Terry finally does break down and reveals who he really is to Kathleen, when one of the Italians is killed and Frankie sets up a meeting, and when Terry suspects that Frankie might even go after his own brother.

The music in the film is by Ennio Morricone, and from the films’ introduction to its end credits it is both unforgettably haunting and riveting, and I think is well suited to the nature of the story that’s on screen. You can almost feel the protagonist’s inner torment of having to betray his friends and himself.

An intense, gritty but violent gangster film that was shot on location in New York City, State of Grace was inspired by the real-life Hell’s Kitchen gang known as The Westies.

Both overlooked and terribly underrated despite good reviews from critics, it was however still overlooked when the more popular Scorsese film, Goodfellas was released at around the same time. All the three of the films’ lead actors give truly astounding performances, most especially by Oldman who is so intensely into character and so believable, you really are convinced that he really is from the Hell’s Kitchen gang. He just completely steals the show from under Penn and Harris as the crazy, hot-headed Irish mobster who is like watching a volcano that is on the verge of erupting. Be sure to keep your eyes out also for Burgess Meredith, who makes a brief but still great cameo appearance. The only flaw in this otherwise terrific film is Robin Wright as Oldman’s sister Kathleen. Her acting is not memorable; her character doesn’t help the plot and is only in the film as a love interest for Penn. Other films I’d recommend in the same type of genre are Romeo is Bleeding, Carlito’s Way, The Departed and Sleepers. I give this film a four out of five rating. 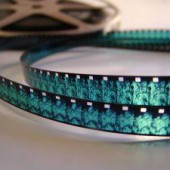 I’m a big movie buff. It’s ridiculous how obsessed I am when it comes to movies. I love all kinds, whether it be new or old, from film noir to a dark comedy to a romantic drama. My top five favorite films are The Dark Knight, American Psycho, Immortal Beloved, Rebel Without a Cause, and Grease. My favorite actors are Gary Oldman, Ryan Reynolds, Christian Bale, Tim Roth, Sam Trammell, Heath Ledger, James Dean and Aaron Eckhart. My favorite actresses are Marilyn Monroe, Natalie Portman, Audrey Hepburn and Charlize Theron. Other interests of mine include jewelry-making, dancing, writing, shopping, drawing, reading and music. I think of myself as a creative, shy, caring and loyal person. I also have a witty, often sarcastic sense of humor and I love to laugh.