Genre
Action, comedy, crime, brilliantness
My plan. Short and to the point. Here’s what I think.

To sum it up in three stereotypical movie advertisement adjectives, Kiss Kiss Bang Bang was, hilarious, smart, and fun. The writer of the script is absolutely an astonishing man… or woman Every scene had that perfect line that would make me think for a second but would cause me to laugh at such a hilarious comment. The mix of drama and emotional romance, mixed with action, and comedy was written unbelievably well. In one scene the two main characters would finally get together as they have been waiting for the entire plot and then, Kiss kiss BANG (pun intended), cut to another hilarious situation where the two are fighting about something that happened 20 years ago. Think about this how many movies  have you seen that actually surprise you and you don’t stumble through the film knowing exactly what will happen next? Alright, so one? Maybe two? Kiss Kiss Bang Bang stunned me more than once… then again more then once in a single scene… and multiple times.  Here is another two words, Robert Downey Jr. (Jr. doesn’t count). He is hilarious! Not only did the writers give him great lines but his mannerisms and tones are brilliant. He is like listening to a comedian with a great voice. How many comedians are actually that funny? Give them a funny voice and goofy personality and they are bearable and much more funny. Sure there were copious amounts of F’s and S and, everything else under the sun, bombs and a boob here and there but to be fair… don’t show your kids. These items, in my opinion, created this brilliant and hysterical vibe for the film. Serious serious, f***, serious, laughter from the front row.

To sum it all up. Could Mystery Science Theater, or what is now known as Rifftrax, create a spoof on this film? No. They would be laughing and too awe struck to do so. 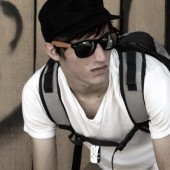 I like movies. I like to write screenplays and make my own films. Here is my attempt at reviewing movies. My attempts will always be short, sweet, and to the point. Lets face it. In todays age we don't like to read five pages to figure out if we should watch something or buy something. Lets hear it.

Pirates of the Caribbean 3: At World’s End