Picking up the story seven years after Ambassador Robert Thorn death in THE OMEN (1976), DAMIEN: OMEN II (1978) focuses on Damien, now a 13-year old Military Cadet.  William Holden takes over from Gregory Peck in the doomed father-figure role, while a dashing Lance Henrkisen makes a little more than a cameo appearance as Damien’s unholy Guardian while in the Academy.  This horror sequel also relocates its setting from London to Chicago.  Jonathan Scott-Taylor plays the 13-year old titular character.

For the uninitiated – skip this paragraph to avoid spoilers – Damien is the Antichrist, an incarnation of the Devil, raised to the age of 6 by US Ambassador Thorn (Peck).  After a number of gruesome deaths, Thorn is convinced of Damien’s true nature and attempts to kill him, only to end up being killed instead by the Police.  Damien is then sent to live with his Uncle, Richard Thorn (Holden), who raises him as his own along with his own son Mark.  When both boys turn 13, they are enrolled in a Military Academy, where Damien is met and counselled by Sergeant Neff (Henriksen).  In the backdrop to Damien discovering his true purpose, a shipment from Jerusalem containing a wall with Damien’s face (revealing him to be one of four stages of the Antichrist) makes its way to Chicago, and as history repeats itself, various people connected to Damien meet untimely gruesome deaths.  Will Richard heed the warnings and finish the job his brother failed to do?

With every franchise, be it a comic book adaptation or torture porn, the second instalment is always blessed and cursed in equal measure because of its arrival after the first.  On the one hand, the back-story has been set up, characters introduced, and the stage is set for the sequel to be bigger and better than its predecessor.  A lot of franchises, unfortunately, opt for the easy option of copying the successes of the original rather than take the risk to be inventive.  The if it ain’t broke, don’t fix it philosophy, if you will.  THE OMEN II seems to embrace that philosophy and cowers in the shadow of its prequel, making very little attempt at anything original.  Even the deaths appear as cheap imitations of those in the first film, with one exception (the death in the elevator doesn’t match the prequel’s decapitation, but at least trumps all the other offerings).

Then there was the Acting.  As the doomed hero, William Holden had to slip into shoes previously filled by Gregory Peck.  Surely he would be up to the task.  But whether it was due to scripting issues, lack of proper direction, or Holden simply picking up a pay-cheque (or perhaps a combination of all three), he barely made an impression.  Often, he appeared to misjudge the appropriate response to a situation (his reaction to the news of his aunt’s death was comparable to being told his car was double-parked), and at other times, he seemed to have no idea what he was meant to be doing.

But then again, you could argue that the last point was more to do with the character than the Actor.   And that, for me, was this film’s most heinous sin.  I could forgive the occasional gaffe (I cracked a smile during the death by cave-in at the start when the ‘brick wall’ set moved when the actor fell against it), or the jaunty jingle that crashed in whenever Damien was about to torment/kill someone, or even the fact that the 13 year-old Damien wasn’t half as frightening as the 6 year-old version.  But with wealth of potential storyline possibilities presented to the Writers and Director, to see opportunities squandered in a bid to retread old (or rather, similar) ground is what disappointed me the most about this picture.  I don’t regret watching it, as it has peeked my interest in the following two sequels (I have been assured Sam Neill is incredible as an adult Damien).

My advice:  Watch it, but don’t expect to be blown away… 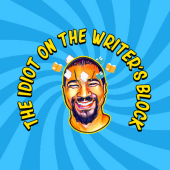 Started as and Actor, then got tired of reading bad scripts and decided to write better scripts. But then I wanted to be in control of my own stories, so I started Directing. In time, the control bug got me, so now I am a Director/Producer/Writer/Actor...