Water for Elephants: if you’ve ever had a dream of running away to the circus..

This romantic drama captures the essence of what it would be like to live in a time most of us have never experienced with an unexpected look at what goes on behind closed curtains. Starring Academy Award winners Reese Witherspoon and Christopher Waltz, along with leading actor Robert Pattinson, this film takes place in the 1930s during the Great Depression. When a young man has his world turned upside down fate comes at him with prodigious speed. Jacob Jankowski, the almost graduate of veterinary sciences, joins the crew of the Benzini Bros Most Spectacular Show on Earth and cares for the circus menagerie as they make one night stands in town after town to survive the struggle of the Depression. While learning the lay of the land Jacob stumbles across a tent of beautiful equestrians accompanied by the beautiful Marlena. Being the wife of the manical ringleader, August, comes with a difficult past and a troubling future. Based on the number one best selling book, Water for Elephants is an elegantly suspenseful tale about finding love amongst a world of chaos that will keep you guessing until the very end.

One of the main purposes of a film is to take the viewer away from their realms of reality; even if for only 2 hours at a time. You can tell a film is good when it keeps you entertained throughout the entire picture; but you can tell a film is great when you walk out of the theater with that feel good sensation knowing that you’ve just witnessed something inspiring. Water for Elephants allows you to find a silver lining despite everything unnerving and depressing. The beatiful scenery was filmed in Ventura County, California; Geaorgia; and Chattanooga, Tennessee.

As for the acting, everyone played their parts perfectly up to snuff. However, when talking about someone who went above and beyond with their role, Christopher Waltz has to have the recognition. Truly deserving of his Academy Award, Waltz personified his character to a T, making you believe he is the ultimate villain. I would recommend this film to anyone wanting to travel back in time to a place of menagerie, excitement, suspense, and love. 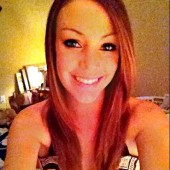 My name is Kathryn, I am a junior at Penn State University and have always had a love of movies. I am an advertising major with a minor in sociology and plan to pursue a career in motion picture advertising in California.