If I have to say one nice thing about the creators of the Final Destination series, it’s that you can’t fault their consistency. If you really want to know what this bizarrely named fourth instalment’s like your best bet is to just watch any of the previous ones and imagine it with worse acting and lazier writing.

There’s also the 3D aspect, I suppose, if you’re into cheap gimmicks. But apparently it matters not whether I myself enjoy such novelties, as I am of a far inferior class of people who require prescription glasses in order to see. I’m sure someone, somewhere has discovered a way to make the glass and metal combined with cardboard and plastic deal work for them, but I am yet to uncover the secret. All I get is double vision, which is something I don’t often associate with happy memories.

I took my glasses off completely so I couldn’t see a thing and found my enjoyment of the film significantly increased. All I had to do then was turn the sound down, go outside and crank up Ozzy Osbourne’s latest album and I’m having lovely day in the rare English sunshine. Alas, I found myself without the one thing we English crave above all else: something to complain about. So I went back inside and put the 2D disc in to make myself miserable again before I went into withdrawal.

So let’s get straight down to business with with the main selling point of the franchise: the deaths and their Rube Goldberg style set-ups. Kicking things off is, as ever, the opening catastrophe, in which a crowd at a NASCAR event are slaughtered by homicidal CGI. Most notable in this introductory massacre, other than the terrible special effects, is the cheap build up to the accident.

In the previous instalments the biggest killer was stupidity, people throwing away lit cigarettes or not putting the handbrake on their cars. The Reaper himself only subtly influenced proceedings, usually by blowing a gust of wind. This time round, he’s just got lazy. The screws in the fence around the race track literally unscrew themselves. There’s no Mouse Trap style series of events that leads to them unscrewing, they just do it. This isn’t a one-time occurrence either. Later on, a can of hairspray moves across a table completely of its own accord. It’s as if Death has been recast and replaced by Carrie.

Then again, maybe the writer- er, I mean “Death”- isn’t lazy, he’s just in a hurry. He certainly doesn’t waste any time killing off the first survivor with a high velocity tire immediately after escaping the crash. And the last few are all taken care of at once, a mere 75 minutes into the film. I get they’re trying to reinforce the “you can’t cheat death” point of the series, but it looks more like they- sorry, “Death”- just ran out of ideas, or he really wanted to be somewhere else. Maybe he was embarrassed to be part of the whole debacle.

Throughout the movie I couldn’t help but wonder about the title. More than the lack of numbering, it was the use of the article “the” that got me thinking. For one, it’s an implication of uniqueness. Same as how The Queen is The Queen because there is only one of her. Perhaps this is suggesting a much different episode, almost to the point of it being a standalone movie, possibly a reboot of sorts? This would also explain why the numbering hasn’t continued. Secondly, together with the “final” part of the title, it denotes some actual finality to the series. New Line appear to be telling us “you’ve had three finals already, now this is the final.”

Unfortunately, I was wrong on both accounts. It seemed I had read way too much into the title. Lack of mental stimulation does that to you. There is nothing separating this film from any of the others except it’s large decrease in quality. And it’s certainly not the last in the series.

You see, during the theatrical release, some people thought they’d play a prank on the world by paying to watch this movie until New Line had enough money to buy the world’s supply of recreational drugs. I can only assume it was during the consumption of these that they decided that what the world really needs now is a fifth Final Destination. And if that does well 6 and 7 will be made back to back, making the title the most self-contradictory of any series in the history cinema. 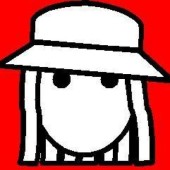 I'm a 20 year old English nerd. So far the reviews I've posted on this site have been taken from my blog. This is an attempt to get myself more widely circulated and get more feedback. The only people who read my blog were my friends who aren't nearly as nerdy as me. My biggest influences are Roger Ebert, Ben "Yahtzee" Croshaw, Bob "Moviebob" Chipman My favourite director is Sam Raimi. Favourite film is Evil Dead II.