Wong Kar Wai, the man behind such visually told wonders such as In The Mood for Love and 2046, has attempted his first English language film, in an American setting with western actors. The result is My Blueberry Nights, a visually beautiful but very poorly functioning and quite pointless cinematic disappointment.

A young woman (Jones) takes a soul-searching journey across America to resolve her questions about love while encountering a series of offbeat characters, including a café owner (Law), a gambler (Portman) and an alcoholic (Strathairn), along the way.

In the mentioned In The Mood For Love and especially with 2046, Wong Kar Wai managed to tell a beautiful and engaging love story (continued through both films), overcoming certain plot issues by having gorgeous visuals and poetic and involving dialogue. With My Blueberry Nights he has delivered his very first attempt at an English language film and I was looking forward to see if his magic worked in anything other than an Asian language. As it turns out, in my opinion anyway, whatever he does in his native tongue it just doesn’t translate well at all into English. It’s probably not his fault, you can’t blame him for trying new things but I think now he just has to accept that he needs to stick to the language he knows.

It’s no surprise that the biggest strength of My Blueberry Nights is the visuals. The film is incredible to look at, with so many contrasting colours really catching both eyes at almost all times and for the most part taking over the attention of the audience. Everything else in the film I felt was just there to accompany the stunning visual palette of the film, as opposed to the cinematography being the backdrop to things like the dialogue and the story.

Speaking of story, the film doesn’t really have one and there in lies one of it’s biggest problems. Even though it has a basic outline of a plot nothing really happens in the film. It starts off with some, again, wonderful looking scenes but scenes that seem meaningless none the less. From there it sets off on the road to nowhere and by film’s end we are right back exactly where we started off. If the film had ended with a big revelation or change of tone for example I maybe would have been a bit more impressed but the way it turned out was just the icing on the cake of making the film seem utterly pointless.

As far as cast and the acting I have mixed feelings about it. On the one hand Norah Jones is great as the broken-hearted young leading lady, a character we can empathize and sympathise with, whatever has gone wrong in her life, no matter how small the issue. Natalie Portman as the charming, daring gambler is both great fun to watch and pretty pointless as a character. But bringing the acting up to a more positive level is the addition of David Strathairn, someone I wouldn’t associate with wanting to work with this director or in this type of film. Anything, and I mean anything, that he makes an appearance in he is a or in most cases the highlight of the film and here is no different. Although his character isn’t in it for very long he still is in it enough for me to be thoroughly impressed by his unusual role.

Weighing down the acting is the inclusion of Rachel Weisz and Jude Law. Weisz, although putting everything she can into the role, extremely overacts here. Just because you are crying, shouting and generally drawing a high amount of attention to yourself doesn’t make your performance good. Some may see it as fantastic whereas I found it to be unnecessarily over the top. Law, although charming in his usual Jude Law kind of way, gives a horrible attempt at a Mancunian accent and his character just isn’t all that believable. Fortunately Strathairn saves the acting side of things but it was a close call indeed.

The other major problem with the film is the unrealistic dialogue. The poetic, flowing nature of Wai’s dialogue is now confirmed to only work in his native language. For some strange reason the dialogue, in English, sounds forced and fake.

So even though I didn’t hate My Blueberry Nights by any means, the film looks absolutely gorgeous and some of the characters and acting are very impressive, but there’s just too much wrong with it for me to speak generally positively about it. Every scene seems quite forced, most don’t fit as well as they should together and the dialogue is unrealistic. Mr Wai, please, next time, just leave the translator at home. 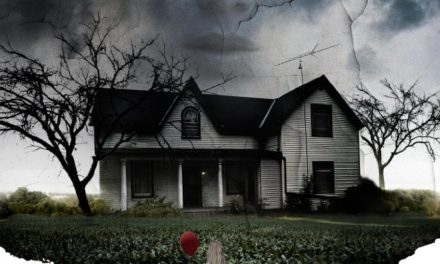