The first salvo in the Red Riding trilogy, Red Riding: In the Year of Our Lord 1974, offers a solid story and performances but the thick English accent and unfamiliar phrases makes it a solid, yet flawed film. Directed by Julian Jarrold this 2009 made for TV drama boasts a stellar cast and an interesting lead character.

The film centers on the deaths of three young girls and the journalist who tries to find their murderer. Garfield stars as rookie journalist Eddie Dunford, the son of a tailor who plays the role of the rebel within his Yorkshire newsroom. After watching this film, I can know see why my good friends Craig Meister and Travis Siebrass decided to become journalists. Eddie switches between tracking down the killer, without so much any other assignment or task clouding his focus. The only thing that pauses him during his quest is Rebecca Hall who he sleeps with on several occasions. According to this film, a rebel journalist is a man who sleeps around, answers to no one, drinks, fights, and solves crimes. It’s quite a life Eddie leads. I can see how this could attract some people, however Eddie does get beat up regularly, as well as being sexually assaulted, and tortured. While the film is about Eddie and his quest to find the killer of these three girls, it’s also about corruption. Eddie is a little like Pacino in Serpico as he’s really the only good person in the film. He finds very little help in his quest and the police for a start are corrupt and are behind all his abuse.

Andrew Garfield as the character Eddie, is wonderfully vulnerable yet defiant. As a rookie journalist, he’s out to prove himself and when he struggles to find the murderer, he takes the law into his own hands and goes to great lengths to solve this crime. What’s wonderful about Garfield is his expression in the film. He is able to display great nuance without the script having to write pointless lines of dialogue. The character in the film makes a rare full arch, especially in a trilogy. He begins as this naive journalist and ends as…well that would be giving it away. The more of Garfield I see, the more I become a fan of his as he’s a very versatile actor and it will be interesting to see how he takes on the task of being the new Spider-Man.

Rebecca Hall, most well known for her recent role in The Town, plays Paula, a mother of one of the children killed, is again fantastic. Besides The Town, Hall was also excellent in a recently reviewed film, Please Give. Playing Paula here she’s taken on a much different character from what I’ve seen before. She’s a broken young mother in this role, vulnerable to any man that may come along with the promise to make things better.

Once such man, is John Dawson, played by Sean Bean. Dawson is essentially the Kingpin of Yorkshire. A wealthy man, with real estate plans to make him even more wealthy, Dawson has dirt on seemingly every prominent figure in Yorkshire. With power like this, Dawson goes where he wants, does what he wants, and sleeps with whomever he wants. This is not a new role for Bean as he seems to enjoy playing the charming antagonist. He plays the role beautifully and while the role isn’t big enough for this to be a signature performance, he is excellent in the film.

It’s interesting that this is a film series as it could have been wrapped up in this first film. I’m not sure if the trilogy will carry on with the same case, the same characters of how exactly it will be a trilogy but from any indication, this will be a fantastic set of three films. I’ve been very positive on the film for the most part even though I wasn’t completely sold on the film. The only reason I had difficulty with the film was based on the sometime impenetrable accent and lingo. Having problems understanding the characters dialogue was a problem for me. While I could obviously tell what was going on in the film, it’s the dialogue that I particularly enjoy in film and with some of this breezing past me, it made for a sometimes difficult watch. 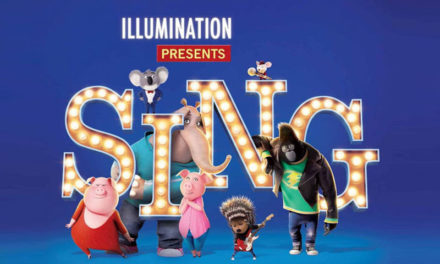