As a studying actor I find myself inexplicably drawn towards Shakespeare like a child to things they aren’t allowed to have. Yet, even with my almost fanatical devotion to the bard, I often find myself disapointed with modern interpretations of his works. The same cannot be said though for the most recently filmed adaption of the classic play, Hamlet. Starring David Tennant as the titular character and Patrick Stewart as the antogonistic Claudius, this contemporary recreation by the Royal Shakespeare Company tackles Hamlet without being swayed by it’s legendary status

This film begins with Prince Hamlet distraught over his mother, Gertrude, announcing her marriage to Hamlet’s uncle, Claudius, mere months after his fathers death. Hamlet is told shortly after by his best friend Horatio, that his fathers ghost has been seen wandering through the castle at night. After following his father’s ghost one night, Hamlet learns that his fathers death was not of natural causes as Denmark was made to believe, but was in fact murdered by his Uncle, and now stepfather, Claudius. Thus begins the downfall of our hero as he struggles with the knowledge of his fathers death and must decide what course of action he must take. As those closest to Hamlet begin to betray him at the request of the new king, a series of events is put into place resulting in the stories revenge fuelled and emotional end…

What sets this adaption apart from other adaptions of Hamlet is how the characters have been interpreted by the actors. The most obvious example of this would be David Tennant’s critically acclaimed portrayal of Prince Hamlet. Tennant portrays his character as intelligent, logical and likeable, but also unsure of himself, excessively emotional and at some points immature and silly. This is a massive and, some may say, brave departure from other recent performances of Hamlet which seem intent to keep him as a brooding, responsible and always serious prince. If one was to read back on the original script, they would find that Hamlet is not always a dramatic character and spends some parts of the play creating comedy through his ironic speech and irregular behaviour. Tennant, as well as all the other actors in this play, have risen above the intimidating status of the play to create loyal and entertaining characters.

The film does not suffer from the overall focus on acting quality. The setting of the castle contrasting with modern technology, such as the surveillance camera, emphasise both of these aspects, leaving the audience with an image of an almost Orwellian monarchy in which the film takes place. The use of mirrors and parts of the scenes being scene through the surveillance cameras also reminds the audience of the overall themes that Shakespeare, and by extension the director, is trying to convey, such as duality and betrayal.

If there were to be some constructive negative feedback given though, is that this adaption will not bring Shakespeare any new fans. Although having big name actors such as David Tennant and Patrick Stewart working with theatre veterans is a rare treat, the three and a half hour run time and devotion to Shakespearen language and techniques is likely to ward off any new comers. If you are a Shakespeare fan though or just wish to see one of your favourite actors best work to date, this film is highly recommended. 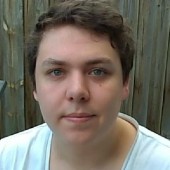 I am an 18 year old male from Australia who is currently studying Theatre and Performance at the University of Wollongong in NSW. I thought I would combine my studies in acting and my desire to express myself through words and begin reviewing films. I am always open for constructive criticism and would love the chance to do this on a more professional basis.