Silent Hill, directed by Christophe Gans, is a game turned film about a young girl’s haunted past and the lengths a mother will go to in order to protect her child. Sharon (Jodelle Ferland) is a young girl who is plagued by nightmares about a place called Silent Hill. Sharon’s mother (Radha Mitchell) takes her to Silent Hill in order to get to the source of her daughter’s horrific nightmares, but instead of finds a nightmare of her own; the only difference is this nightmare seems intent on consuming them both.

Silent Hill is originally a game for the Playstation which was scary, had an excellent story and really captured the gamer from the very beginning. When I heard they were making this into a film I was a little sceptical, would this work? Could they make the film as crazy as the game? And would they stay close to the story line or go off on one of their own? The answer to all these questions was yes and then some!

I saw this film the day it was released and I have to say I was genuinely scared each time that eerie air raid siren sounded, signalling another series of horrific events involving some of the most bizarre and damn right scary creatures I have ever seen. I was also very pleased to see a favourite actor of mine playing a supporting role in the film, Sean Bean who played Sharon’s father. The only down point was Sean had to play an American and therefore put on a not so convincing American accent.

What I loved about the film was how it stayed true to the game, the town was the same, the buildings were the same and the horrific creatures were taken from a few of the Silent Hill games and rolled into one, brilliant. My favourite were the psychopathic killer nurses, I found myself on the edge of my seat and holding my breath as Rose (Sharon’s mother) navigated her way through this maze of healthcare gone mad.

What I didn’t understand was how this film was only a 15! It most definitely, in my book, should have been a solid 18 but because there was minimal swearing and no sexual scenes it had been certified as suitable for 15 year olds, hmmm I think not.

All in all I have nothing bad to say about this film. I loved the characters, the creatures and especially loved the town of Silent Hill itself. I would recommend this film to anyone who has played the games and horror lovers who have a strong stomach and don’t particularly need to sleep that night. 5 out of 5, top class stuff! 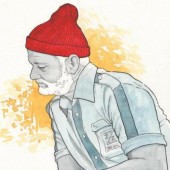 I am an amateur film reviewer. Check out my blog for film news, reviews & discussion. Also looking to get my reviews published either in print or on the web, if you are in need of a reviewer then please let me know.