You would have to have a heart of stone not to fall for recent Best Picture nominee Juno. It has so much heart, soul and sweetness that it approaches the level of it being impossible to resist. It has everything a film of its kind should but at the same time it feels fresh and original. But it’s the dialogue, for me, that holds it back from being the masterpiece it is hailed by many to be.

After finding out she’s pregnant, off-beat 16- year old Juno makes the unusual decision if giving her baby up for adoption.

The beauty of this film is its simplicity, at least on the surface. It has a simple storyline, characters we can instantly grasp hold of and connect with and an easily accessible script. But to counter how simple it at first appears to be is all the complex issues and humanistic feelings underneath. Juno is one of the most likeable characters to grace the screen in the last few years and as hard to believe as some of the things that come out of her mouth are she still manages to win you over before the closing of the even the first scene.

All of the actors involved in the film are just top-notch. After her breakout role in 2005’s fantastic Hard Candy, Ellen Page proves that she is an acting force to be sorely reckoned with. It’s amazing how good of an actress someone so early on in their career can be. Usually it takes yeas to gain such talent and deliver such great performances but it looks like Miss Page has accomplished that before her 20th birthday.

Superbad’s Michael Cera plays the baby’s father and he is fittingly awkward but at the same time very likeable. He’s the sort of guy you see in every high school and Cera really sells the role. Jason Bateman plays the part of the adopting father, someone who Juno relates to through her taste in music and movies. Just hearing the name beforehand I couldn’t quite see him in this role but he fits perfectly. But who really did surprisingly well in her role was Jennifer Garner. Although her performance is not award worthy it still proves she can do something different and not just go for the big-cheque roles. J.K. Simmons and Alison Janney, as Juno’s father and step-mother, bring maturity to the table and obviously they are brilliant. It’s nice to see a group of actors being assembled like they are in Juno; perfectly cast and yet weirdly original.

Juno will probably make me do something I rarely do after seeing a movie; buy the soundtrack. Long after I have seen the movie I am still humming the various songs from the film as I go about my life. Rarely does that happen to me so the soundtrack will no doubt be on my shelf in the near future.

I think what is most enjoyable about Juno, and the reason I think it’s so popular, is the fact that it makes you smile. It is a feel-good, true-to-life story that I think most can relate to in some way. I can’t recall at any time during the movie not having at least a smirk on my face and at most a huge smile. Most movies are about the bad things in life so it’s refreshing to find one which celebrates the good.

So after all that what exactly is my problem with Juno, I hear you ask? Well it lies with the script. It is two things; firstly it may very well be a masterpiece of one but at the same time it’s brilliance is its downfall. Most of the dialogue in the film is almost too well written in that it hardly ever feels realistic. There’s no way a 16 year old would say words like “cavalier” and “expediential” in natural conversation. There are countless other examples of conversations in Juno that in real life just wouldn’t be as hip, cool and intelligent as they are presented here to be.

Although I had an issue with the fact that the script is very obviously a script it didn’t annoy me as much as it did some. I still massively enjoyed the movie, and at times I just went with the unrealistic script and my enjoyment was better off for it. Ellen Page is fabulous as the title character and she is supported by a host of great actors and even better performances. You can kick, scream, stamp your feet and struggle all you want but it’s futile because in the end Juno is simply irresistible. 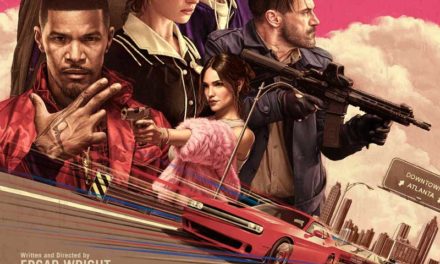