Whats going on in Hollywood?

My wife and I go to see a movie, it doesn’t take long before I’m telling her right here they should do this or say that or something, movies are becoming too predictable or I’m just that good. It actually got to the point that she said. “One more word out of you and we will not ever go to another movie.

What has happen to creative writing? I actually believe poor writing and poor directing is the cause of autism. There is too much left to trying to figure out where a scene is going. Maybe, it has to do with cutting cost.

People tell me you think too much into the movie. I tell them sorry I don’t get lost on “oh she is so hot or sex makes it right or something stupid. Are there any other people out there who don’t get lost in movies due to who is in it?

Whats up with these bad movies where it is a one scene movie. I get a true signal telling me its about the money. Imagine a whole movie in a box in the ground, the movie “Buried” or the one Freeze,

When I was 14 I finally learned how to read and write and guess what I wrote a movie script at the age of 15,it would have blown many of these movies into the *[email protected]<&$%#*&@#$%#. Man 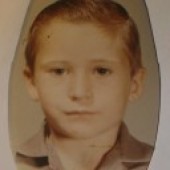