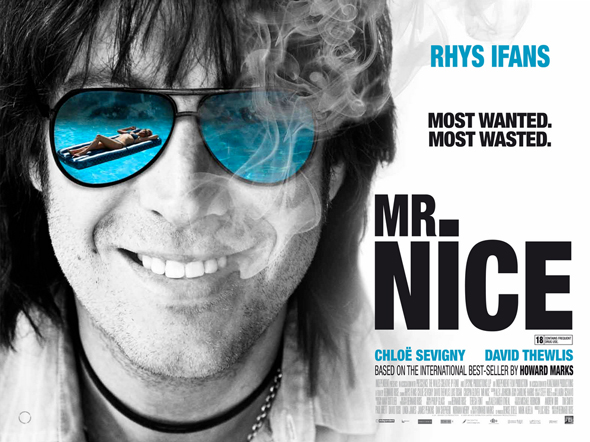 Mr. Nice (this time pronounced as Howard Marks likes us to, nice as in the feeling), is a 2010 film charting the life of Ronald Howard Marks. Marks was a notorious drug smuggler in the ’70s and ’80s and had many alter egos (Mr Nice being one of them) and hundreds of companies world wide all laundering the copious amount of money he had made through smuggling Hashish from Pakistan to the western world. This film, directed by Bernard Rose, is based largely on the autobiography of Marks and therefore starts from childhood and brings us up to recent years. Rhys Ifans is in the title role with a poor Chloé Sevigny as his long suffering wife.

Starting in a Theatre with Marks on stage asking the crowd “Are there any plain clothed Policemen in tonight?”, we then get taken on a journey from childhood in the welsh valleys, where Marks was bright but bullied. He passes all of his exams and gets asked to take the entry exam for oxford. Which he passes and gets in. Whilst at university Marks discovers the wonders of Marijuana and sets about smoking lots of it. And boy does he. Cue gratuitous naked women and LSD bad trips!! After university he actually cleans up his act. Becoming a teacher in London. It is only when his friend gets caught bringing in Hashish into the country and asks Marks to help him that he discovers the amount of money that a man of his caliber and brain power could make from smuggling.

Marks then sets about learning new ways to get more and more hashish into the country. Sets up busnesses to Launder the money. Even gets drafted into MI6!! All of this is very funny. It just doesn’t compute with today’s life. How this charming hippy like character can bee a successful drug dealer and a spy. Highly amusing. My main problem with it is unfortunatly Ifans. I like him greatly as an actor. He is very charming in roles I have seen him in before, but as Marks he seems a bit flat. I cant seem to get my head around how this man, could get all of this achieved. My other problem is the obvious lack in budget led to many green scene moments with old stock highly grained footage being mixed in with new HD stuff. I guess that as it is Marks telling the story to an audience it may be to achieve a dream like sequence, but it didn’t work for me. A bit cheap.

The next section of the film then enues a cat and mouse chase between Marks and the Authorities. It gets a bit dull and repetitive at this moment. It becomes a bit less of a light look at one of Britians favourite loveable rogues. To a anti drug legislation film with humour. The police are always made out to be incompetant and rarely get a chance to put forward there case.

The last section of the film is when it gets very serious. Marks gets sloppy as he seems addicted to all he knows. Making money through selling drugs. There are some really horrific moments in the film which will make you cringe.

I wonder if 2 hours of anti drug law based propaganda that has been injected with humour would be enough to hold the attention of a wide audience? Maybe. But I doubt it.

Overall it is an average film that given the right budget could have been amazing. So astounding is the life of this character Marks, that we could have had an oscar winner on our hands. There is so much more to his life than the “Its only marijuana” case. I guess trying to filter someones life into 2 hours is always going to be tough. 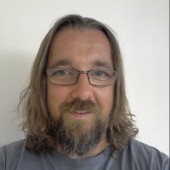 My Brother Is An Only Child