The Warrior’s Way – stars South Korean actor Jang Dong-Gun, Kate Bosworth, Academy Award winner Geoffrey Rush plus the little man we knew in Bad Santa as Marcus, Tony Cox. A mismatched cast in terms of the films they’re in but hey presto it worked in this western-fantasy-action flick.

The film opens with a voice narrating the foundation of the warrior’s story. It is a story of an empty-eyed warrior who trained his life to achieve one purpose – to become the greatest swordsman. He achieved this by defeating the tribe he was sent to by his own tribe who are known as the Sad Flutes. He defeated them all until there was only one enemy left, a baby named April. The two clans had been fighting for around 500 years and Yang had defeated every one of his adversaries until this one. Ultimately, he chose not to completely fulfil the target of destroying the entire tribe by sparing her and taking her away. The baby’s giggling is heart-warming for the warrior and this completely drives him off wanting to execute her for the pleasure of victory for his tribe. Knowing that he has failed the mission, he travels as far as away from the tribe as possible. This suggests that the tribe may go after the baby their selves if the warrior cannot handle it…but no, not until very late into the film. Thumb down for a loosely put plot.

Instead the story continues with the warrior’s journey to look for his old friend and he travels to a circus town in the 19th century Wild West of America that is full of cowboys with the exception of some clowns and 8-Ball – Tony Cox’s character who aids the warrior around the place as a Colonel roams the place killing anyone he desires, and even going for rape. The contrast of the settings as they shift (from the location of the tribe and the circus town) was smartly done. The tribe area – a dark, heavily poured upon area and the circus town is a post-apocalyptic looking, deserted area that looks quite similar to the place in the Denzel Washington flick The Book of Eli. Adapting to this environment by learning things he should have learned a long time ago with the people around him; the warrior’s mission is to survive if he was to encounter his tribe again if they were to attempt to annihilate him due to his refusal of killing the last enemy.

As I mentioned before, though the cast worked well, having Jang Dong-Gun was just another one of the “Yeah it’s got a big star, the critics will love it” act by Hollywood. Not fluent in English and he barely had any dialogue in the film. Maybe it was because Sngmoo Lee (the director, this is actually his first film) was going for a silent-but-deadly approach or maybe it was just the lack of fluency? Sam Bosworth and Geoffrey Rush did a good job and were shining in their respective roles and Tony Cox was well suited to his character. The man who stole the show was the Colonel, played by Danny Huston. His forceful, powerful, authoritative, infamous role in the film is pulled off well.

The movie has its pros – intense battle sequences, really cool slow motion scenes (from bullets to sword swipes), and of course with the point of the baby being a target for the rest of the Sad Flutes, it has its joyful and tearful moments. Oh and the soundtrack wasn’t quite at the top of the epic scale but was really good combining the sort of stuff you’d hear in Lord of The Rings (well it was produced by the producer of that brilliant trilogy) with some opera that fitted in during the times it was used. However it has its cons – the baby barely has significance for a lot of the film. The film has a lot of clichés – we’ve seen Korean/Japanese/Chinese men that have words of wisdom and what they speak can make a massive difference (take Mr Miyagi from the Karate Kid as an example) and that is what you see with this warrior when he advises what the town could use for a bigger arsenal of weapons. Plus there’s the slow-mo slashing (combine a sword slash from 300 and put the dude from Ninja Assassin in the Spartan’s position and that’s what you have here) and as always in similar films, the victors of the battles are predictable. Perhaps the most major negative point I have to make about this film is how the whole concept of ninja’s versus cowboys that the trailer had given us an idea about, is nothing until maybe THREE QUARTERS into the film. So yes it does happen but if it’s what you had hoped to be the theme of the film, then you’d probably find yourself out of the theatre before this happens. A let down of what I had hoped would be something I didn’t see often in flicks revolving around a ninja warrior.

All in all, it was a decent debut for Sngmoo Lee. It has its positives and it has its negatives, you either like it or you hate it. The Warrior’s Way – a tale that is cliché packed but just may satisfy the audience that love Asian flicks or are looking for something a little different to what’s at the cinema right now as it combines different genre’s. Plus it’s certainly better than the dull Wild West flick Jonah Hex that was released earlier this year. 6.5/10 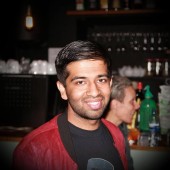