With the impending release of Devil, I thought it’d be a good time to review it. Although rentals are only five or six bucks, it can never hurt to be prepared – maybe save the cash or rent another flick. So here’s Devil.

M. Night Shyamalan has produced some flops as of late. The Last Airbender was something to be desired; Lady in the Water was… interesting, and not quite in the good way; The village was passable (yes condemn me for saying that.), but it wasn’t up to his earlier works. M. Night is known for his broody actors and dark story-telling… and of course his plot twists and coincidences that show up in the penultimate scene – they are my kind of movies.

Enter Devil. Would this be the movie that saves M. Nights reputation? The answer: Maybe, just… maybe. The entire movie is centred around one building and it’s occupants – more specifically, an elevator. What’s the first thing that comes to mind when you think about being trapped in an elevator? Claustrophobia. Although it’s not as tight and cramped and uncomfortable as The Decent, it still has it’s moments. Throw in the fact that the Devil is among them, and you have yourself a right awkward situation. To add to that, shotty  circuitry with people dying and you have yourself a rather terrifying experience.

You can tell nearly from the start that it’s an M. Night film – there’s a broody cop. But it’s also done intelligently, there’s only one real why the hell did he do that moments, otherwise, the professionals are just that, professionals. The security guards call the police right when they see something go wrong with the people in the elevator, and when the cop arrives, he knows exactly what to do. There’s no experimentation (in other words, there’s no dumb girl/guy walking into the dark room where the mask murderer was last seen), it all moves quite well.

But what about the people inside the elevator? The cast isn’t exactly Hollywood’s A-team. Brad Pitt and Tom Cruise aren’t reunited in the elevator with Betty White and Nicole Kidman keeping them company. No, it’s quite the opposite, and it works. They portray how people would react in that situation, and you can see the progression of tension as the movie progresses. At first they’re slightly nervous and on edge, but there isn’t a sense of panic. But by the end of it, it’s a full fledged freak out, which makes perfect sense.

The claustrophobia is there, too. It’s not overwhelmingly uncomfortable, but it’s there at the right spots, especially when the lights get cut and only the audio track is heard. The sense of dread is there, and it come across with perfect atmosphere.

Like the M.Night films of past, the story focuses mainly on one character, and in this case, it’s nobody really in the elevator. They’re playing out the film, yes, but the central story takes place with the cop looking in from the outside, and in the traditional Shyamalan way, it focuses on his back story which is ultimately shown through flashback. And that’s where the twist comes into play. We all knew there was one, which makes it hard to be surprised, and I’m certain M. Night knew this, because the twist isn’t too obvious. You might be pleasantly surprised by it.

My only major qualm with the film is the narration and it’s religious undertone. Obviously the movie will have a relationship with religion, being called Devil and all which I don’t have a problem with, those type of stories I often find interesting. However, the narration was poor. It was done by a character in the movie, one of the security guards, and he holds nothing back, right away he seems to know what’s going on, he never doubts it, and he begins to tell an old folk tale about the Devil which directly relates to what’s happening. So in other words, he’s telling a story parallel to the one we’re watching that directly corresponds with it, which is a bit redundant.

The movie walks a fine line between religious story telling and religious preachiness. It never comes out and blatantly says if you don’t believe in God, you’re going to hell; but it is about judging sinners and repenting ones sins. Of course there are movies a hundred times more morally judging than this, but there is something about it that can come off obnoxious if you’re overly sensitive to religious pressure. But I personally feel it’s more about morality than religion; religion is just used as a pathway to get the message across.

So is M. Night Shyamalan back? Well, not to his full potential, but it’s definitely a start. 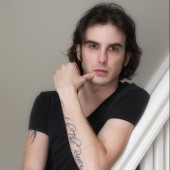