The Runaways is the tale of the fairly well-known early 70’s all girl rock band of that name. Most known for their worldwide hit which still has radio play today ‘Cherry bomb’.  A lot of people may know of The Runaways or of their bassist Joan Jett but most will not comprehend exactly what these 16yr old girls went through. Based on lead singers Cherie Curries autobiography ‘Neon Angel’ the film shows the rise of the band from Joan Jett (played perfectly by Kristen Stewart) teaching herself to play guitar to the band being moulded into a jail bait promoters dream by money hungry, sex crazed freak producer Kim Fowley and then the bands massive rise and subsequent implosion amidst drugs, sex and horrible exploitation.

The film looks amazing. It’s perfectly 70’s, the design, costumes, makeup and cameras are spot on. First time filmmaker Floria Sigismondi makes the atmosphere effortlessly but unfortunately seems to get carried away with the aesthetics of the film. The story lacks a strong vision and consistency, so many times throughout I wanted to grab the camera and take it to things I wanted to see. Floria is most known for music videos and shows her roots in The Runaways switching back and forth from narrative to stylised imagery that consistently while looking good feels out of place. The story of five 16yr old girls being overcome and brainwashed by drugs and stardom until finally being sucked dry by celebrity is an amazing story and one with current implications. It is so disappointing then when it feels vital parts of the story are missed.

Thankfully The Runaways has three strong leads, thankful mostly because they are the only three given something to say. Kristen Stewart is obviously the films biggest draw, and Floria tends to flaunt her unnecessarily. Stewart flourishes in the role of Joan Jett and continues her good roles outside of Twighlight. Dakota Fanning while uncomfortable to watch at some points is outstanding at channelling the dying innocence of Cherie Currie, she symbolizes the entire story of a lifestyle and industry hell bent on sucking all the life from five young girls. An Industry represented and embodied by Kim Fowley played by an amazing Michael Shannon who is so sleazy and so charismatic in this film, every scene benefitted by his intense presence.  A presence lacking in the rest of the film.

Verdict. Worth Seeing. There is a lot to enjoy about this fly on the wall look at celebrity in the 70’s anchored by three superb performances. There’s just not enough meat to the story to maintain a feature-length film. Which I highly doubt is the case of the actual events of The Runaways demise. 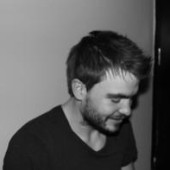