A ride worth sitting through

‘TN 07 AL 4777’ directed by the late director Jeeva’s assistant Lakshmi Kanthan and produced by GV films is a remake of the Hindi Film Taxi No.9211.

In the Tamil version of the film Pasupathy plays the role of Nana Patekar and Ajmal plays the role of John Abraham. The plot of the film revolves around the Taxi driver Mani (Pasupathy), who hates the rich  and a man who is surrounded by problems of Family expenses and Gautham Iyengar(Ajmal) who thinks that only the rich are fit to live in the city ,a man born with a golden spoon and go-lucky at the same time whose father before his death changes his fate by writing a legal document of inheritance in the name of his close-friend which Gautham had least expected. He has only a single chance to get back his properties with a document that his Father had written before in his name which is in his locker and he goes to seek the document from the locker on the destined day in Mani’s taxi.The rest of the story tells us what would happen if the two extreme- minded people meet and their attitudes and actions creates circumstances that make them dependent on each other. Pasupathy as the taxi driver has done justice to his role added to the fact that he would be compared to Nana Patekar by the people who have seen the Hindi version of the movie.Ajmal carries his role with ease and surely needs an applause as he does not remind us of John Abraham in any of his scenes who has done the character in the Hindi version although the film is a neat rip of the Hindi version in it’s technicalities be it the screenplay,dialogues,the style of music and re-recording except for the editing which is changed at some parts of the film to suit the Tamil audience.

Simran does the role of Sonali Kulkarni(in the Hindi version),as the better half of Pasupathy who is struggles between family expenditures and a husband who switches jobs often. She is unaware of the fact that he is a taxi driver as she thinks that he is a LIC agent as told to her by her husband. Simran carries her role with ease except that at a point of time we feel for the actress who had once donned the Tamil industry to now act as a housewife and a mother of a kid! Simran’s potaryl in the Tamil version is more feministic as compared to the Hindi version where Sonali is portrayed in a more timid way.Meenakshi(the heroine of Karupusamy Kuthakaidharar) as the fiancée of Ajmal carries herself in western wear throughout the movie and looks very comfy in it than the traditional costumes she wore in her previous films. Her voice fails to suit her personality as it sounds very timid for her gorgeous looks. The actress has taken a very bold step from the Meenakshi in KK to an entirely contrasting role and potaryl in this film. A very bold step indeed.

Another surprise element in the film is Pooja who gives a guest appearance in the end that which was done by Priyanka Chopra in the Hindi version .But it does not make any difference to the charm of the climax as the film had already delivered its message strong enough to stand in our mind than the fancy ending.

Director Lakshmi Kanthan has traces of his guru Director Jeeva’s style in choosing his cast especially Ajmal who reminds us of Vinay-the charming hero of ‘Unnale Unnale’.

His effort in choosing the cast is evident and they work wonders.Lakshmi Kanthan has changed the potaryl of Pasupathy’s character to suit the Tamil audience as a man who could not stand injustice against rules compared to Nana Patekar’s potaryl as a man who just gets irritated with everything and every job he goes to, is an appreciable attempt. The decent feminist potaryl of Simran is also laudable.

Editor Sasikumar has done his role very well as he has created innovation in his editing techniques to suite the Tamil audience and it has worked out wonders in the film.

Although the cinematography of R.B. Gurudev resembles the original in most of its scenes, the hard work reflects as this kind of cinematography is rather new to the Tamil audience as this genre of the film.

Music by Vijay Antony may be new to the first time watchers of the movie but the creativity credits of the music should only go to the Hindi music directors Vishal and Shekar.

Although the first half of the film shows us the background of the characters and sows the seed for the main plot of the story, it is the second half where the whole essence of the story lies. Audience who have seen the Hindi version of the movie, would feel the Tamil version to be rather slow in pace and the screenplay to be a copy of the original but whatever the case maybe, with excellent cast and innovative changes to the original to suit the Tamil audience the film has proved to be a meaningful ride. 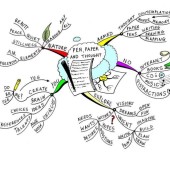