Remember the days of 8-bit graphics?  When controllers had two buttons instead of twenty?  When the most important thing in life was not passing fifth grade math (which I sucked at) but passing the seventh level of Super Mario Bros. 3?  If you do, then this film produced from the graphic novel series of the same name just might catch your attention.  Scott Pilgrim vs. The World combines classic video game graphics with fun action that makes it very original.

Very simple plot:  a Canadian 22-year old, the aforementioned Scott Pilgrim (Michael Cera), who plays in a band, called the Sex Bob-Ombs and who is currently dating a girl still in high school, Knives Chau (Ellen Wong), unexpectedly meets the girl of his dreams.  She was literally in one of his dreams right before they met.  Ramona Flowers (Mary Elizabeth Winstead) is a “play life by the ear” female who captures Scott’s heart.  What he doesn’t know is that in order to date her, hopefully, he must do battle and defeat her evil, yeah evil, exes.  Seven in total, Scott must face and beat all of them if he wants a future with his dream girl.

To be honest, even though I wasn’t even aware that this film was derived from a franchise graphic novel comic series, which was created by author/cartoonist Brian Lee O’ Malley, until a couple days before it released, it still sparked my interest.  Maybe it was the absurdity of the story.  Perhaps the stunning visual effects.  Still not sure, but I’m going to go with the creative concept of using a video game theme to tell Scott’s story.  Not just any old video game theme, but the original.  I grew up and was pretty much raised on consoles such Nintendo, Sega Genesis and Gameboy.

Like every other kid my age, it was my life.  Either at home or in the arcade, if you didn’t play video games, you seriously needed to get your head checked.  ASAP.  8-bit details such as enemies exploding into coins, 1-ups, seeing your score on screen as you battled your way through level after level are all used in this film and used rather well.  From the opening 8-bit digital Universal logo to the “Continue?” Countdown at the end, this movie reeks of classic video game awesomeness.

The fight sequences were straight out of games like Street Fighter and Mortal Kombat.  The cast all learned some level of martial arts to achieve multi-hit combos and high scores during their fights with one another.  Using everything including the original sound effects from games like those, I would go as far to call this film a gaming visual masterpiece.  The special effects were utilized to spice up pretty much everything to present the atmosphere of a comic book as well.  For instance, actually seeing the word “Riiinnnggg” whenever the phone rang or “Ahhhh” when someone screamed.  It was like seeing the sound that was being created.

Along with all of these aspects, the comedy portions of the film were filled with sarcasm and some everyday life occurrences.  Normal routine chit-chat even had its moments making the audience laugh, including one guy somewhere near the front of the theater who I dubbed as “annoying cackle guy”.  He would even laugh at scenes that the rest of us were seriously watching.  Someone should have kicked him in the head a couple of times and earned some points for a 2-hit combo, but I digress.

Although I feel Michael Cera is one of those actors whose own personality leaks out into all of his roles, I still think he’s funny.  He played the title character well and hopefully the die- hard Scott Pilgrim fans out there agree with me.  They are the ones who would really know.  Mary Elizabeth Winstead was a good cast as a tough girl who doesn’t know completely what she wants just yet.  Somewhat like her role as John McClane’s tough-as-nails daughter in Live Free or Die Hard.  The seven evil exes were just that, evil…as well as funny.  Brandon Routh, Chris Evans and Jason Schwartzman are just three of the members of “The League of Evil Exes” that Scott must battle.

Overall, this film was thoroughly an enjoyment.  Some of the most good, clean fun I’ve had at the theater in a while.  Dazzling visual and sound effects brought together with some pretty kick-ass fight scenes won’t disappoint.  Especially some of the original Nintendo heads out there.   It is truly An epic of epic epicness. I give Scott Pilgrim vs. The World “4 extra tokens for a ‘Continue’ out of five”.

Check out more reviews and discussions at FranchiseSaysSo.blogspot.com 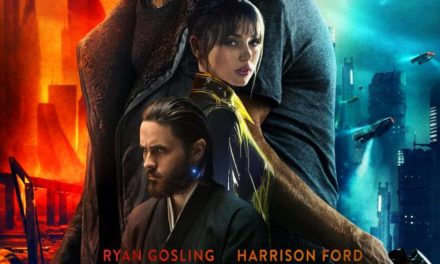 Blade Runner 2049 — A Little More Country Than Rock And Roll

The Spy Who Dumped Me