The Karate Kid is a live action spin off of the 1980’s blockbuster film about about a bullied teenager who learns karate from a maintenance man. While there were some key changes from the original story line I shall not compare the two since many of us have not seen the original (Most audiences form this film were not even old enough at the time!). The main setting of the film takes place in Beijing, China, excluding the introduction of the movie which takes place in New York, New York.

The movie opens when 12 year old Dre, played by Jaden Smith, and his mother move from the big apple to Beijing China. Here he meets his love interest Mei Ying, portrayed by new actress Wenwen Han, and they immediately take a liking for each other. As consequence, a group of local boys begin to bully him, using their mastery of martial arts which play a key role in the development of the movie.  When maintenance man Mr. Han, played by expert martial artist Jackie Chan, sees him being decimated by 6 bullies, he steps in and defeats the boys without posing any offense of his own. When Dre (Jaden Smith) asks Mr.Han to teach him Kung Fu he denies him, but offers to escort him to the bullie’s dojo to resolve matters peacefully. After hearing how the boy’s instructor, played by Rongguang Yu, conducts his class by teaching no mercy, they resolve that the two boys should face each other at an upcoming tournament. Afterward, Mr. Han (Jackie Chan) agrees to instruct Dre (Jaden Smith) in Kung Fu. Mr. Han’s methods turn out to be unclear and indirect, as Dre spends his first week of training taking off, hanging up, and putting on his jacket in an endless cycle. After Dre loses his temper and becomes frustrated with Mr. Han’s methods, it becomes evident that the motions of the “jacket cycle” demonstrate key blocks and a strike in Kung Fu. After a montage of training, Mei Ying invites Dre to a festival where he ends up kissing her. The next day, he invites Mei Ying to skip school and travel around the city. When her father finds out he is forbidden from seeing her. Later, Mr. Han takes Dre on a journey to his home village, and they climb a mountain to a Kung Fu oasis, which can be partially seen in the trailer for the film. Here the ending to the film is foreshadowed when Dre sees a snake mimicking a woman.He then alerts Dre that there will be no training the following day.Even though the previous notice, Dre shows up to hang out with Mr. Han, he finds him crying. Mr. Han goes on to explain that his own children died in a terrible car accident on that very day years ago. The end culminates with him attending the tournament.

An important aspect of this movie was the acting, particularly by Jaden Smith (Dre). As his training progressed throughout the movie, the physical changes in him became evident, particularly his newly developed muscles. The producers did an excellent job with his martial arts training as his performance in the culminating fight scenes were very impressive for his age (12). Jackie Chan as well did a very good performance and left me genuinely convinced of his grief in the scene where he recounts how his kids fatally perished.

The set design in this movie was particularly impressive as well. Whether it was filmed in China or USA I cannot find out. Therefore I will not comment on the city scenes. The one thing that does require mentioning is the scene at the top of the mountain.  The martial arts by the extras in the scene were crucial to setting the ambiance and serenity of the location.

I was over all satisfied by the film and the performance of the actors. Though the one thing that disappointed me is that most if not all of the humor sequences were revealed in the trailer(s). The film was average quality even though I feel the screenplay lacked a bit of style. To viewers that have seen the original this wasn’t a total failure. The big differences were name changes and training methods. 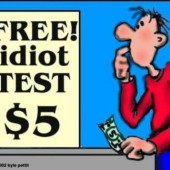 I am a very avid movie fan. As a child my mother would always take me to the movies. I have taken some online courses on photography and have attended acting courses. I have starred in a variety of plays and love the theater.

ICE AGE 3 DAWN OF THE DINOSAURS