LOVE SONG!Love Song is a romantic movie starring recording artist Monica Arnold as Camille Livingston. Camille is an African American who comes from a very prestigious back ground she is a college student majoring in premed. With a passion for counseling under privileged youth, and has a hidden talent for music. The movie also stars Christian Kane as Billy Ryan Camille’s new love interest. Billy Ryan is a young white man who works at an auto shop during the day and plays in a blues band at night. Billy Ryan is your average man, who works hard, doesn’t have much family, and isn’t close to either of his parents. Camille and his band are the only real high lights of his life, but he lives his life to the fullest. The movie also stars Essence Atkins and Rachel True as Camille’s best friends and college roommates. Superstar Actress Vanessa Bell Calloway Camille’s mother, Peter Francis James Camille’s rich father doctor Livingston.  Rainbow Francks plays Camille’s boyfriend of two years Calvin Dumas who is destined to be a doctor. The movie takes place in New Orleans, the year 2000. Camille Livingston just turned 21, during a night of fun with her friends she meets blues musician Billy Ryan. They have an immediate attraction for one another. Camille plays hard to get at first because she has a boyfriend. But when Calvin goes away on a two week business trip, she uses that time to get to know Billy Ryan. During those two weeks Billy Ryan shows her what true love feels like, and the joys of embracing what she wants out of life. He inspires her to live for Camille and not everyone else.For the first time in life Camille sees things clearly and realizes that she is not interested in being a doctor. She was only majoring in premed to make her father happy. She also realizes that she is not in love with Calvin she was only with him to make her and his parents, and their friends happy. She makes up her mind that she is tired of making everyone else happy. That is until her boyfriend comes back and asks her to marry him. She gets scared that no one will accept her interracial relationship with Billy Ryan or her choice to be a social worker instead of a doctor so again she does what she thinks will make everyone else happy. Although her rational decisions make everyone else happy, it turns her and Billy Ryan’s relationship upside down, almost ruining what they built together. During the preparations for her wedding she and Billy Ryan can’t get over how special they were to each other. Eventually Camille opens her eyes, follows her heart, gets bold and takes a stand for her own life. Love Song is a great movie about following your heart, living your life, and doing what makes you happy in education, love, and romance. 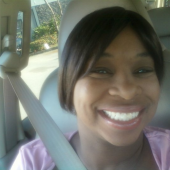 Single mother of one...Preparing myself for marriage. Writing Christian Romance Novels...Young Adult Novels...and Poetry! Looking forward to God blessing me to be the next bestselling author, as well as the next Playwriter who makes it big all across the world. My main goal basically is to put a smile on my child's face and make sure she never wants for anything and she has the best life has to offer her!