Aliens is a 1986 science fiction and thriller film.  It stars Sigourney Weaver, Michael Biehn, Paul Reiser, Carrie Henn, and William Hope.  Gail Anne Hurd is the producer and the director is James Cameron.

The story picks up right where its predecessor left off.  Warrant Officer Ellen Ripley, having been in hypersleep for 57 years, is found in the Nostromo’s shuttle and is awakened.  When she tries to convince others of what happened to her and the rest of the crew, no one believes her.  The planet that the Nostromo had landed on has since been colonized and the people there have not yet found the alien ship.  But when Earth loses contact with the planet, now known as LV-426, people begin to wonder what is happening.  So Ripley, along with some rogue marines, are sent there to investigate.

During the first hour of the film, little action takes place.  Like the previous film, it keeps the audience in suspense for a while before we see the first alien.  If you are a big fan of suspense movies, this is definitely a movie for you.  When Ripley (Weaver) and the Marines finally encounter the aliens, it is total chaos.  They can’t see the aliens because it’s dark and they don’t show up on infrared.  The soldiers cannot fire their weapons because the area they’re in a nuclear reactor and it could explode if ruptured.  This extra added feature of the scene enhances the action and suspense, keeping the audience’s attention throughout.

Although there is much action, the film also has its dramatic moments.  After awaking from hypersleep, Ripley learns that her daughter Amanda has passed away.  Later on she meets Newt (Henn), an orphan girl and the only survivor of the colonists, and realizes that she has a second chance at motherhood.  This is clearly displayed in the scene when Ripley puts Newt down for a nap.  Also, Ripley and Corporal Hicks (Biehn) have somewhat of a romance.  The viewers can clearly see that when he shows her how to fire a pulse rifle and when he gives her his locator so he can find her if she’s in trouble.

To wrap, Aliens surpasses the original film in many ways.  This is a rare and remarkable feat considering that most sequels fail to exceed their predecessors.  I give this film five out of five stars! 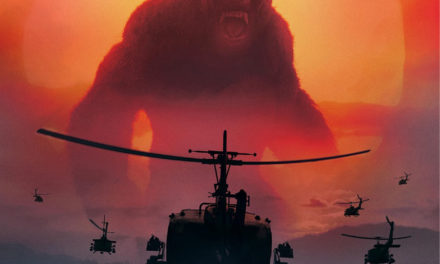