In a film industry dominated by Vietnam and World War Two films revolving largely around American war efforts, it’s always refreshing to see something just a little different. Step forward Aussie director Jeremy Sims, with a film as grand in story as any Yankee Hollywood war epic. Set amidst the brutality and slaughter of the First World War, ‘Beneath Hill 60’ tells the true story of a platoon of Australian miners that enlist to join the Allied war effort on the Western Front. Their job is to secretly tunnel beneath the enemy lines and place an array of high powered explosives directly below the German trenches. The film focuses primarily on the characters of Captain Oliver Woodward (BRENDAN COWELL) and his fellow Australian miners, largely through exploring the journey towards their goal, using the nightmarish and claustrophobic underground setting as a backdrop to the unthinkable events that they are witness to.  Like Gallipoli before it, ‘Beneath Hill 60’ is an important story of an often overlooked chapter in history.

At times remarkably poignant, it is the central characters that give the story its emotional depth. This places the film in a similar vein to Gallipoli, frequently subordinating a broader historical context in favour of a more personal approach, in one instance following a middle-aged Australian soldier who explains how he has joined up with his son, telling his fellow soldiers of his promise to his wife that he will bring their son back safely. The film can also boast impressive performances from its main characters.  Brendan Cowell especially, who plays Captain Oliver Woodward brilliantly, excelling in portraying a character that is at once calm and restrained, while remaining visibly troubled and satisfyingly imperfect, not unlike Tom Hanks in his classic role as Captain John Miller in Saving Private Ryan. Acting in the film’s Queensland

cutaway scenes is visibly weaker however, hindering an already half-baked side love story that, while managing to remain congruent, appears to be unsure of itself, with an overexcited background score further confusing proceedings.

These small criticisms aside however, the film remains a wonderful visual thrill. The cinematography is nothing short of beautiful, and with the addition of the constant crashing of bombs upon the allied lines, watching ‘Beneath Hill 60’ is, in the best way possible, a very real assault on the senses.  The dripping darkness of the underground tunnels presents a sort of terrifying solitude, where light appears intermittently to devastating effect, placing the viewer firmly in the scene and effecting an almost unbearable tension that remains long after the credits have stopped rolling. Elsewhere, the film impresses with some of the most realistic and harrowing trench scenes ever committed to celluloid, with the sullen, hopeless faces of men blending into the grey and muddy surroundings.  With such dark imagery dominating the movie, the slightly awkward cutaways do serve to show a stark contrast to the horrors of the Western Front, providing moments of relief in the form of bright Australian days in the luscious Queensland landscape.

Ultimately, ‘Beneath Hill 60’ is a triumph of Australian film making, while it certainly won’t rival Gallipoli in its impact; it is, in the truest sense of the term, more of a ‘war film’. Despite stumbling initially with tiresome ‘war film’ clichés such as more-authority-than-sense officers and the inclusion of an irreverent-angry-tough guy who inevitably has a heart of gold, the film succeeds in being a legitimate war movie to be taken seriously. As one reviewer so accurately put it, ‘Beneath Hill 60 for a while feels almost embarrassed to be a big war flick’, however, any early doubts are put to rest as the film’s drama intensifies, proving itself to be worthy of championing any other war film that Hollywood has produced within the last ten years.  Compelling acting, a by no means innovative yet still wonderfully captivating screenplay, and home to a significant story that we can never be reminded of too often; ‘Beneath Hill 60’ is a poignant and memorable film, representing a triumph for Jeremy Sims and the Australian Film Industry. Go see it. 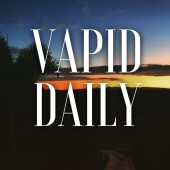 Back to the Future Pt. 2

Movieholic Review – “One Flew Over The Cuckoo’s Nest”