I Love You Beth Cooper

I Love You Beth Cooper (July 10th 2009) opened with an extremely awkward scene, Denis (Paul Rust) confessing his love for Beth Cooper (Hayden Panettiere) during his valedictorian speech at his High School graduation. It was soooo awkward. I was so uncomfortable and embarrassed for him; it made me cringe. I didn’t want to look but I just couldn’t look away. The awkwardness was lightened with a few very funny remarks made during the speech.

Luckily this was the only awkward humor. I don’t think I would be able to handle a whole lot of that.

My favorite character was Rich Munsch played by newcomer Jack Carpenter. He was very funny with his random, homosexual comments then insisting he is not gay. Naturally I loved his movie references throughout the film.

I Love You Beth Cooper was very stupid but so very amusing. There were countless moments when I laughed out loud. There were hilarious moments such as a towel battle scene, a fight scene with Carpenter jumping out a window as means of escape, and a scene involving a terrifying raccoon.

Though it was stupid and funny there were a lot of serious moments. The two main characters played by Rust and Panettiere did a lot of talking with their eyes. They understood personal and profound moments the other was going through. Oddly enough they had a great connection.

Though the acting wasn’t fantastic, it wasn’t a downfall for the film.

I am absolutely shocked to say this but I thoroughly enjoyed watching I Love You Beth Cooper.

I would recommend it for a good laugh. 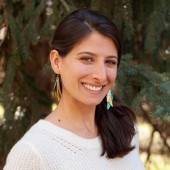