In the 80’s, The A-Team was a popular action TV show. It only seemed to make sense that it should be brought back. This A-Team movie, directed by Joe Carnahan, is a lot like an 80’s action movie. It’s crazy, stupid, fun, and I LOVED it. I don’t know why critics dislike it, maybe because they missed the point of this movie. It’s a throwback to the insanity of 80’s action.

The A-Team story has been altered a bit for modern times. During the Iraqi War withdraw, Hannibal (Liam Neeson), B.A. Baracus (Quinton “Rampage” Jackson), Face (Bradley Cooper), and Murdock (Sharlto Copley) take on a mission to retrieve some stolen minting plates. After what should have been a successful mission, Hannibal and his men are arrested for a crime they didn’t commit. The rest of the movie is them trying to not only get these plates back, but to clear their name. Yes, it takes a lot of twists and turns and it can be tough to follow sometimes, but it’s the way things were in the 80’s action movies. The heroes didn’t know who to trust, and this movie does a great job capturing that. Unfortunately, the script itself is relatively weak in this regard.

There are a few points in this movie where it wants to take itself seriously. These moments involve Face and his girlfriend Sosa. There’s also B.A. and his taking a vow to never use violence or kill another person. What does Murdock get for a subplot? Nothing, he’s the comic relief. It’s a shame that he doesn’t have anything to offer other than his insanity for comedic purposes. Face himself is an interesting character, and it felt like most of the movie was about him rather than the team as a whole. Aside from all that, the reason you watch movies like this is for the overblown action, and this movie is full of it.

The action sequences in this movie are over-the-top, insane, crazy, stupid, and awesome all at once. I’ve never seen an action movie do something crazy as having a helicopter defy physics. While it’s good fun, it’s ruined by unconvincing CGI. This is a problem I had with the whole movie, its action sequences felt too artificial. There is some great stunt work when it isn’t CGI, but sometimes ruined by today’s shaky camera standard. I tried not to let these problems get in the way of enjoying the movie itself, but it became a serious problem at the spectacularly explosive climax.

I want to say, everybody in this movie did a great job. Quinton isn’t an actor, and he had some really big shoes to fill to portray a role that was written specifically for Mr. T himself. Quinton pulled it off flawlessly in my opinion, and had me convinced he was B.A. Baracus. My favorite was Bradley Cooper playing Face. He made this character insanely likable, and stole the show. Then again, he seemed to be the focus of this movie, so it seemed fitting. This new cast did a great job filling the shoes of the old cast.

This movie is stupid, but fun. It’s got everything to expect in an 80’s action movie from its crazy action sequences, story full of twists and turns, and action movie actors. What it lacks are convincing visuals, a strong script, and concentration on the team as a whole. It could lead into a new A-Team TV series or generate a few sequels, but that’s only if the team is committed to it. 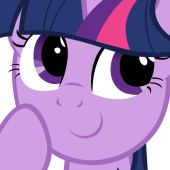 Greetings everybody. My name is Anthony "Shelltoon" Alvino. I am a movie critic hailing from Omaha, NE. My whole life I've been watching movies of all sorts. Action, comedy, drama, historic epic, art house, horror, thriller, sci fi, fantasy, and foreign. Some of my favorite movies include Federico Fellini's 8 1/2, Akira Kurosawa's The Seven Samurai, James Cameron's Terminator 2 Judgment Day, Paul Veroeven's Robocop, Francis Ford Coppola's The Godfather, David Fincher's The Curious Case of Benjamin Button just to name a few. When I review a movie, I tend to hold nothing back. If I find something to be wrong with a movie, I'll call it out.