There are some things in life that… you just can’t un-see.  I’ve seen some disgusting movies in my time, but just hearing the synopsis to The Human Centipede made my skin crawl and my stomach a little queasy.  But I’m a glutton for punishment and if something like this is getting a lot of buzz, I have to see it.

Before I even watch it I’m getting ‘Nam like flashbacks of movies like Cannibal Holocaust, Man Bites Dog, and what I consider the king of the nasty, Visitor Q.

So for those you haven’t heard of this; do you really want to know what it’s about?  Really?  Okay, you asked for it.

What’s the experiment?  Well, he’s conjoins the two girls with a guy and they’ll be connected mouth-to-anus and share a digestive tract.  Yeah, two of the three are basically eating poo.

Before seeing the movie, make sure you go out and order a Taco Bell Bacon Cheesy Potato Burrito, Hardee’s Monster Thick Burger, Wendy’s Baconator Triple, a Windows 7 Whopper, and the new KFC Double Down and let’s get ready watch people eat some sewer serpents !  Yeah!

Now looking at the synopsis you’d probably think this is pretty graphic, but… it really isn’t, at least not as much as I was expecting.  That’s not saying that seeing someone forced to swallow an ass-apple isn’t disturbing, it is, but we don’t actually see those brown dragons work their magic.

Starting the movie, I wasn’t particularly impressed with the acting. No wonder they’re starring in a movie with their mouths will be sewn to a rectum for most of the duration.

Anyway, the Willem Dafoe look-a-like invites them in his home and not hiding the fact that he’s a freak.  He offers a glass of water with the date-rape drug and they accept.  I wouldn’t drink anything a Willem Dafoe looking dude gave me, but he acts like a creep on top of looking like Willem Dafoe.  What are these chicks thinking?!

The usual crap goes down (pun intended) and Dr. Dafoe explains that the procedure will force them into a butt-nut-only diet.  One of the girls gets an opportunity to escape:

Of course, entering the house and accepting drinks from a weirdo German Willem Dafoe, you know these girls don’t make the wisest decisions.  In the attempted escape the girl makes another dumb decision when she could’ve gotten away.  If I knew of the prospect of me chowing down on chocolate bananas, heroics be damned, I’ll run my fucking ass off.

I’m assuming some of the characteristics of the doctor are taken from Joseph Mengele who was a German SS Officer and physician in Auschwitz.  Also known as The Angel of Death, he was obsessed with identical twins.  He was also involved with an operation in which twins were sewn together to make them conjoined.  What a sick fuck.

I have to admit that there’s some real tension in this flick.  It doesn’t rely on gore much and they have some suspenseful scenes so I definitely need to give some props for that.  Willem Dafoe, I mean German Actor Dieter Laser gives a memorable, if not campy, performance as the psychotic Dr. Heiter.

So how the hell was the movie made?  Who would finance a movie about downing corn eyed butt trout?  Apparently, the writer/director, Tom Six, gave the interested investors the script which conveniently left out anything about the consumption of Mississippi mud and the actors didn’t know until they were shooting.  Man, what a deceitful asshole.

You might noticed that “First Sequence” is included in the title.  That’s because this Tom Six character is planning on making a trilogy.  Yes, a trilogy on the devouring of sphincter spears.  Look out Lord of the Rings!  Watch your back Star Wars!  The Human Centipede is ready to own you both in epicness  with its digesting of toilet twinkies!

Unlike what I was expecting, the film created some suspense and didn’t depend too much on gore.  It’s certainly a unique premise, but the script is bogged down with a lot of stupid characters.  It’s not as nightmarish as Visitor Q but I definitely recommend eating before viewing.  If you’re looking for something different in the horror genre, check it out, but most of you should probably stay far, far away.  At least we learned an important lesson today; don’t trust Willem Dafoe clones.  They will mess you up!  I don’t care if they look like Jesus at times,  they will destroy your existence. 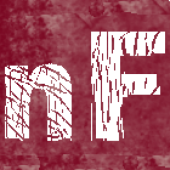