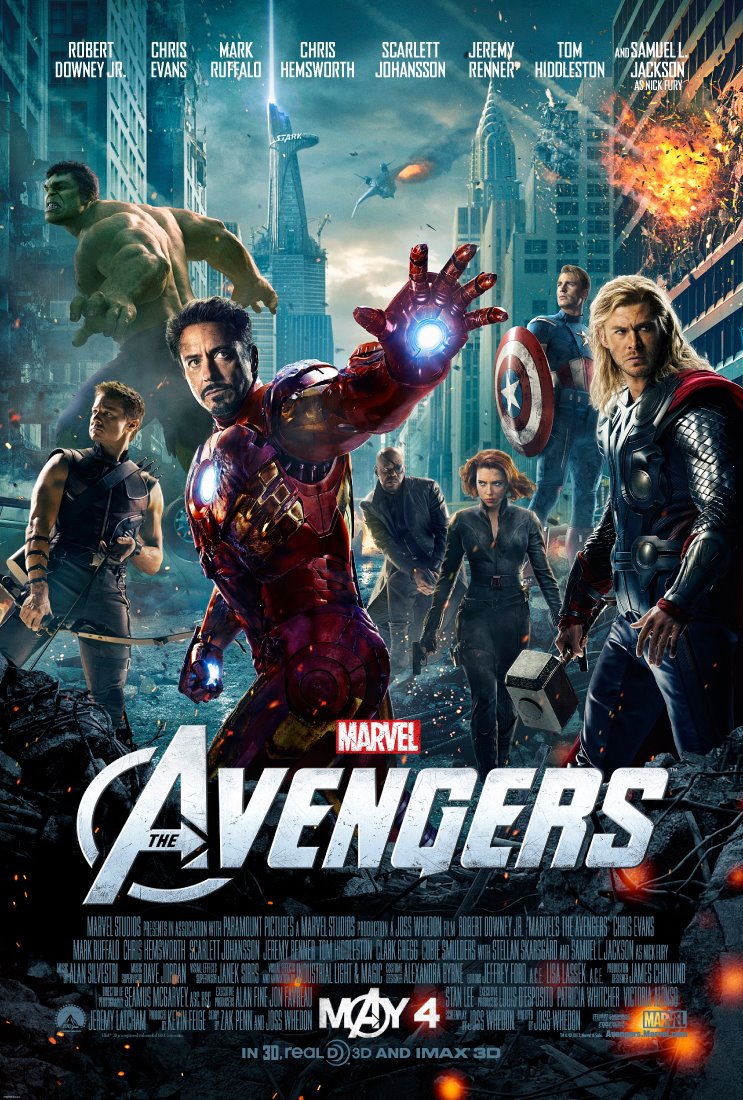 “Superheroes? In New York? Give me a break!”

Crossover films are few and far between. These films, if you are not aware, involve a story that combines characters and other elements of more than one film. Typically, these crossover films don’t end well, specifically the ones with “vs” somewhere in the title. If anything, these films are made to satisfy the needs of hardcore fans and few others. The reason is that it takes a sort of devotion to the multiple characters and story-lines that are being mashed together. You need to understand the back story in order to truely appreciate the film. Crossover films don’t take the time to set up the story or to explain characters, that’s what the original films are for.

The Avengers changes all this. Yes, it is true that you still need to have at least a basic understanding of the story behind each of the main characters in order to comprehend the plot, but the point I am trying to make is that this film transcends the typical enigma of crossover films. Here is my reasoning. First, it is one of the most anticipated movies ever made. This type of build-up and devotion by the production studios means that it’s not just a lame attempt to inject some life in a dying franchise. Second, the advent of the superhero craze in the early 2000’s is still going strong and it appeals to a wide audience. Those same people that liked Iron Man, or Thor, or Captain America: The First Avenger are also going to want to see this movie. It’s a conglomeration of super heroes, and the thought here being that more is better. Finally, The Avengers it turns out, is a good movie by it’s own merit. Easily one of the best blockbuster films ever made, The Avengers lives up to it’s hype. 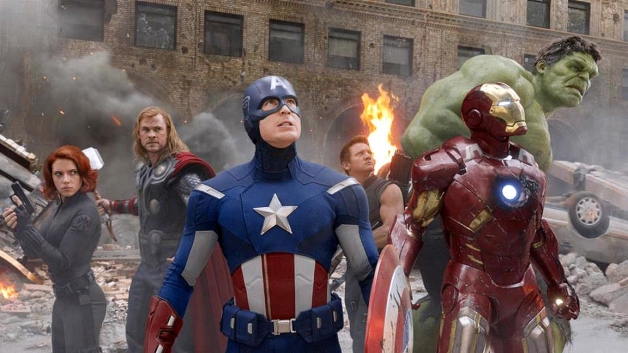 Story: Loki, banished from his home and hell-bent on recapturing the glory that was nearly his, agrees to lead an alien army to invade Earth in exchange for power. He steals a top-secret weapon from a government agency called S.H.I.E.L.D. in order to create a portal for his army. The director of S.H.I.E.L.D. responds by calling for the formation of the Avengers, a group of super heroes with unique powers and abilities. Together, they must find a common motive to work as a team, or risk the invasion of Earth by Loki…Good (22/25)

Acting: For the most part, the actor’s performances are just as good as they were in the previous films. Digging deeper, Robert Downey Jr. has less screen time here, so his character seems more hero, less smart-ass, and now that Loki is bad he gets more time to brood. But the actor who really stole the show is Mark Ruffalo, taking over the role of Bruce Banner/Hulk from Edward Norton. Perhaps it’s because we’ve seen everyone else before, but Ruffalo’s Bruce Banner is immediately interesting on multiple levels. He is able to add a certain effortlessness to the role that Norton struggled with. Good (23/25)

Direction: Another thing that this film has going for it is solid direction by sci-fi wizard Joss Whedon. This is Whedon’s first big-time project as director, and it’s not that he wasn’t capable of handling these duties before, it’s just that this film turned out to be prefect for him. His enthusiasm for science fiction and the source material is present throughout.  Most impressive though, is that the film does not crumble under it’s own weight. With 5+ major characters battling for screen time, special effects out the wazoo, and juggling multiple storylines, this film has a lot going on. Thankfully, Whedon took control of everything and really made it feel like everything worked naturally. Rarely did anything seem forced, and never do you feel that one character’s story is not adequately being told. Perhaps it is not the most innovative, original, or award winning direction you’ll see this year, but the effort and scope that Whedon undertook with his work here is mighty impressive. Good (24/25)

Special Effects/X-Factor: Like I said above, this movie has special effects out the wazoo. They may get a little overwhelming towards the end, but they are well done and you can tell that they definitely spent the money and time to make them look as realistic as possible. Unlike Transformers 3 though, this movie is not all about the special effects. There is an actual story here and the characters that we all loved so much from the previous films really do steal the show. Therefore, although The Avengers is an over-the-top, hideously expensive, action extravaganza it does have more than enough redeeming qualities to make it transcend summer blockbuster mind-mushing status. Good (24/25)

Summary: Against our intuition about big-budget Hollywood, this one works.