While Quarantine was an American remake of the Spanish film [REC], Quarantine 2: The Terminal is not a remake of [REC]‘s sequel. Instead, writer/director John Pogue decided to take the franchise in a new direction. Instead of dealing with the aftermath of Quarantine‘s events, this sequel deals with a new cast, a different location, doesn’t use shaky-cam, and might just mess up the continuity.

This time around, our main character is named Jenny (Mercedes Masöhn), a flight attendant who is currently working on a red-eye flight out of Los Angeles going … somewhere. It doesn’t matter, as this airplane isn’t going to make it to its destination. On-board the plane are a bunch of random passengers, all of whom look vaguely suspicious. Some of them are sick, as well, because we know this is a sequel to Quarantine, so we need some red herrings about who might be bringing the virus aboard the plane. Even one of the pilots is sick, apparently catching his illness from the neighborhood dogs. Apparently the dogs he’s referring to all managed to get sick at the same time, and they’re now passing their sickness to humans.

Soon enough, one of the passengers becomes sick, the plane is forced to land, that same passenger becomes violent and gets even sicker before he is eventually restrained. Upon landing, the remaining group members find themselves heading into a terminal because the door to the actual airport is locked, and before you know it, they’re locked in. Another quarantine has occurred. As one character wonders aloud: “How many times do you think two quarantines have occurred on the same day.” The virus from the first film is back, and this time, we get to learn even more about it. But the film is mostly about watching these characters attempting to figure out a way to escape the quarantine and avoid getting infected themselves.

If you thought the general plot of Quarantine was silly, just wait until you find out what Quarantine 2 has to offer you. While the original was kind of ridiculous, you could kind of understand how it could happen. This one requires way too much suspension of disbelief to fully “get” what the villain — and there is one central villain this time around as well — is attempting to do, as well as how he plans to accomplish his evil plans.

If you can get past the laughable plot, you might actually have quite an enjoyable time with Quarantine 2. I was never bored while watching this film, and there were a couple of times when I jumped. The atmosphere is definitely not the same as its predecessor, and this is by far a less scary film, but despite being a direct-to-DVD/very limited release film made on the cheap in hopes of making a quick buck, I think it was actually a better made film.

The first thing that it gets right is its characters, which are all distinguishable from one another and it required no effort on the part of the audience to figure out who is who. You take one glance at a character and you remember exactly who they are and why they’re important. One is a doctor, one was transporting his school’s hamsters on the plane, another is morbidly obese, while one is a child traveling alone. we start off with quite a large cast, too, which makes this even more important. Before anything goes wrong, we meet each cast member and get clear picture of them that actually managed to stay in my mind up until their death.

The deaths in this film are also more creative. In the first Quarantine, the focus was on quick jump scares which often resulted in a character’s death. Things happened so quickly that it was sometimes hard to see just exactly how someone died. In this film, the deaths are clearer and they vary, somewhat at least. Not everyone dies from a simple bite to the neck, for example. What was effective in Quarantine wouldn’t work in its sequel because of the missing shaky-cam, but what was substituted in worked as a solid replacement.

With that said, what made Quarantine (and, I suppose, [REC]) special was the shaky-cam — the way it didn’t really feel like we were watching a movie. I was immersed in that film far more often than I was here. They’re very different films, and it’s almost not fair to compare them, but in terms of pure horror, the earlier film is much more effective. If you’re looking for just a well-made horror film about a killer virus, this might be more to your liking, especially if you get queasy while watching a shaky-cam film.

The acting was also less annoying this time around, which is always a plus. Despite having even lesser-known stars than before, Quarantine 2 makes the most of its cast. Mercedes Masöhn may just have a character that was written better, and that might be why I much preferred her to Jennifer Carpenter, but because her character wasn’t constantly hysterical, I wasn’t constantly wanting to end her life myself. The supporting cast all managed to avoid blending into the background, and even a couple of hours after finishing the film, I can still remember the majority of the characters in the film, something I couldn’t say about the first Quarantine.

Despite being a complete departure from what made Quarantine an enjoyable film, Quarantine 2: The Terminal is definitely worth your time, especially if you can get into the story. It’s a well-made horror film about a killer virus with none of the shaky-cam that can instantly turn off some audience members. For something made on the quick and cheap, this is a surprisingly enjoyable film with memorable characters and enough scares to keep you thrilled. 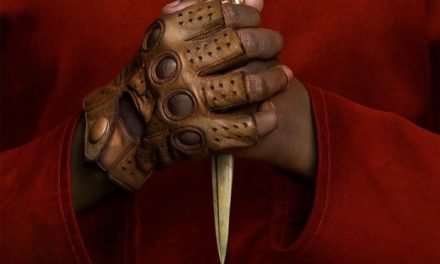