“There were two ways through life – the way of nature and the way of grace.”

Terrence Malick definately brings a unique style to his films, and The Tree of Life is no different. It’s quite a ride. At times, bumpy, at others, smooth. The film is a jumble of images, stories, and dreams all bouncing off each other trying to trigger memories in the viewer. Malick manages to create something that is quite beautiful, even if it isn’t as impactful as I assume it was intended to be. The main problem is that Malick keeps his finger on the fast forward button throughout. That doesn’t mean that this is a quick movie, it’s not (it actually spans all of time). But with the story skipping forward randomly, we only get quick snapshots of the characters and their struggles. The result is an unsettling feeling as you never quite feel comfortable with what you are watching. If you don’t feel comfortable, you can’t get engaged, and if you can’t be engaged, the film loses its power.

But perhaps this is how the film was meant to feel. Maybe it was meant to create meaning out of the contrasts it is exploring. In fact, the very first idea that Malick presents to the audience is the idea that there are two distinct ways of living your life. The rest of the film is explores these differing perspectives. More contrast can be seen in the way in which Malick documents the millenia during which the universe is created in a couple minutes, only to spend the next hour or so of the film focusing on a single year of life of a child. Another important theme is faith versus reality. It is only natural that as humans we thrive off of faith. Faith in others, faith in ourselves, faith in God. But what happens when reality challenges our faith? What happens when life changes our faith?

As you can see, Tree of Life certainly creates plenty of philosophical and moral debates, and perhaps that is all Malick wanted to do. Make the audience think. If you can sink your teeth into it, there is in fact something solid there to bite onto. The problem is that the film doesn’t provide enough incentive for most people to bite. It isn’t as impactful or awe-inspiring as it hopes to be. The culprit is the haphazard pacing and a cop-out ending. The pace makes it difficult for your average movie-goer to pay attention, and the ending forces a surreal-but-cliche “everything will turn out okay in the end” message onto the audience just as the film reaches a point where the main characters are experiencing maximum psychological stress. Therefore, if you can keep up with the plot, if you can connect to the surrealism, and if you can overlook the let down at the end, you are left with a very artistic and thought-provoking movie. But again, that’s a lot of “ifs”. 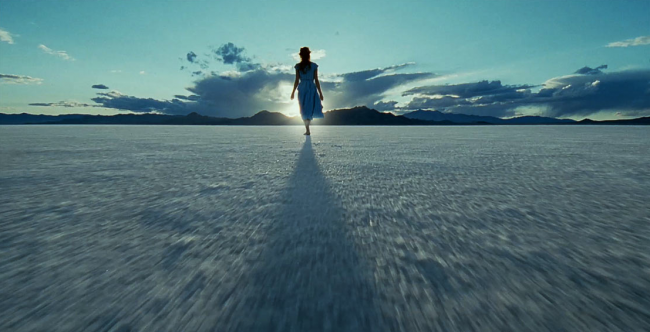 Story: The film starts with a mother learning that her son has ben killed. In her grief she questions her faith, and her place in the universe. In essence to answer this question, the film then catapults back in time to show the creation of the universe and the Earth. Time progresses, in essence explaining all that had to happen in order for this one child to be born. The majority of the rest of the film focuses on the childhood of this boy, his relationship with his family, and the manner in which he grows up. At the same time, the film follows the child’s brother, now grown up, and still searching for the reason why life has turned out so tragic… Okay (16/25)

Acting: Brad Pitt and Jessica Chastain are the two parents in the story. Brad Pitt creates a character that feels very human. Solemn and deep in thought at times, emotional and combative at others. This character shows that even in adulthood, people are still finding out who they are and what they are meant to be doing. Jessica Chastain embodies a character that is caring, emotional, and loving. She is the nurturing influence on her children, in contrast to Brad Pitt’s constructive demeanor. Sean Penn plays Pitt’s grown up son, and simply just wanders around the whole film. The children and rest of the supporting cast do a fantastic job of embodying the emotion of the film. Good (23/25)

Direction: Malick constructs his film in a manner that is meant to invoke memories of your past. The success of his endeavors is perhaps a matter of personal experience, but nonetheless this is an amazing film when viewed as a piece of art. The film feels very free and open, the characters are almost always outside or if they are inside they are in a wide open space. When the characters are outside, Malick brings the camera close to them. He films their backs, their feet, their hands. Never does the camera pull back and allow you to take the whole scene in. This forces you to focus on the characters, their actions, and their interactions with each other. The film is not concerned about the world around them, it doesn’t dwell on environment. This is an attempt to make the film more personal. We all may not be able to connect to the 1950’s setting, but we can all connect to the experience of being a child and growing up. Great (25/25)

Special Effects/X-Factor: The cinematography is excellent, as are the relatively few special effects. The creation of the universe looks and sounds amazing. This is definitely a film to watch with the volume cranked up. It adds to the experience and creates adventure. On the other hand though, despite all the artistic qualities, the excellent direction, and the powerful acting, this film doesn’t feel like it has the sort of impact it needed to have. The story and plot can never seem to catch up to the artistic level of the film, and therefore it leaves a little to be desired. Okay (19/25)

Summary: An artistic film whose creative qualities are both its biggest draw and its biggest flaw.

For reviews of other 2012 Best Picture Oscar Nominees, see:

Soderbergh is thought provoking, secrets revealing and sending out a global message in traffic.