Director – Pierre Morel
Main cast – Liam Neeson, Maggie Grace, Famke Janssen
Taken is a tense, fast-paced thriller from producer Luc Besson and cinematographer turned director, Pierre Morel. Liam Neeson stars in his first ‘Action’ man lead role, and at 55 years old he proves that he can still handle the rough stuff. The plot revolves around ex-CIA agent Brian Mills (Neeson) trying to re-connect with his estranged 17 year-old daughter Kim (Maggie Grace) and his relationship with his cold, austere ex-wife Lenore (Famke Janssen).  Brian has been absent during most of Kim’s upbringing due to work commitments and has given up his career in an effort to re-kindle his fatherly flame.  Before Brian can do that however, while on a trip to Paris, Kim and her best friend Amanda are abducted by the Albanian mafia and sold into the sex trade.  Kim manages to be on the phone to Brian as the kidnapping is taking place and so Brian manages to record the events as they unfold, getting vital clues about her kidnappers from Kim as she prepares to be taken. In a race against time, Brian has to use all the skills he has learned as a CIA operative to track down his daughter through the dangerous Paris underworld before he loses her forever to the illegal world of human trafficking. In no time, Brian is on a plane (provided by his ex-wife’s new husband) and heading to Paris.

From then on we’re on a rollercoaster ride as we follow Neeson as he chases around Paris tearing up a construction site that hides a brothel and wipes out a house full of goons.  He also gives one bad guy a lesson in the merits of good electricity supply during a uniquely nasty torture scene.

The movie itself has been compared to The Bourne series for its frenetic pace and non-stop action, and rightly so.  We barely have enough time to be introduced to the main characters before the film’s momentum grabs us by the collar and drags us along for the ride.  Neeson is excellent in the lead role and his commanding presence carries the film (he is in virtually every scene).  He is completely believable as the determined, calculating force of nature that takes on the Albanian mob to save his daughter.

The direction is less than subtle as with most movies that come from the Luc Besson school of filmmaking.  We get to see very little of Paris itself as the speed and pace of the film doesn’t allow the camera to linger too long.   Along with Morel, Olivier Megaton and Louis Leterrier have also worked under Besson and both have gone on to direct big budget Hollywood actioners.

The only down side is that characterisation is a little thin on the ground.  The script never really allows us more than a glimpse into the lives of the main characters,  the Albanian villains being nothing more than veiled stereotypes that are lined up for Neeson to breeze through while cracking heads and breaking bones as he takes care of business.   The female roles are also limited with Famke Janssen being reduced to either clutching her sides tearfully or delivering cold put-downs whenever Neeson shows his vulnerable side.

That aside, the film never promises to be anything other than what it says on the box: a fast-paced action movie, and in that respect it delivers.If you can ignore the vast set of coincidences that allow the story to move forward at such a pace, then sit back and enjoy a cracking thriller that allows one of the UK’s most underrated actors to have a rip-roaring time tearing up Paris and creating havoc. 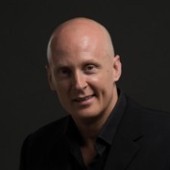 I'm a Hong Kong based writer who loves all things movies. I've been in Asia for fifteen years and have just completed my first novel. I've been writing all my life in fits and starts but now it's time to start putting something solid down on paper about the one subject that I enjoy the most. I also teach in gyms and run bootcamps in my spare time!