Translating a video game into a film is generally a frowned upon art to die-hard fans, due to Hollywood changes to the original game premises or due to Uwe Boll owning the rights for making the film. The Resident Evil series dropped a good deal of the creepy horror elements and leaned heavy on the action, however, was not totally awful enough to scare gamers away from buying movie tickets. Resident Evil: Extinction is the third film for the zombie action series and the following explores what is packed into the experience.

Russell “Highlander” Mulcahy directed the Paul W.S. Anderson written script for the third installment, with leading lady Milla Jovovich still on board as well as having Ali Larter join the cast. There are other cast members such as Mike Epps, Ashanti, or Iian Glen, however Jovovich and now Larter seem to be the cornerstones for keeping things afloat, Larter’s character is actually Claire Redfield from the game series.

The first Resident Evil was an outbreak in a lab compound, the second followed the outbreak into a city, and the third has the entire world over taken by the T-virus, and most humans resorting to a nomadic and violent lifestyle, with evil Umbrella Corporation scientist supposedly looking for a cue, yet with some sinister intentions.

First off I am a fan of the original game, along with its first sequel, and even put in some good time with Code Veronica. Therefore, the films did not live up to my full expectations, or wishes, but worked for what they were. The second film went way over the top with the action to a point where it was CGI goofy, the standing and doing flips on a moving motorcycle while shooting kind of thing. It was a pleasant surprise to find that element slightly toned down for Resident Evil: Extinction. This film had action scenes that were entertaining without having to be in the mood for accepting dumb illogical scenarios, such as found in the brand of action films like The Transporter; ugh.

In the acting department Milla is Milla and when she does a death scene or an awakening out of  a state of incubation scene , such as in the Evil series or The Fifth Element for example, one doesn’t know whether to grin at poor acting, or accept the fact that she really seems like a real person, because real people are silly, with silly expressions, especially in death, etc. no complaints: Milla kicks ass. Ali Larter, looked the part of Claire from the games for sure, and if the rumors are true that it would be her job to carry on the franchise should it go for a fourth, then she seems perfectly fit for the part.

The story is laced with loads of cliché and borrowed scenarios from not just the zombie genre, but the mutant family kidnapping genre and attacking birds as well. It ends up being run-of-the-mill, but for me not being a huge fan of the first two films that was an improvement in some ways. Could have used without the person gets bit and doesn’t tell anyone scenario though, come on: get creative! I also found it stupid that the killer crows happened to be attacking and killing someone named “Birdy”, at least I think the were yelling Birdy.

The ending of the film was solid. The final monster Milla battles is very cool, though the fight itself ends up falling back on some of the series previous material, it was satisfactory enough just seeing the cool special effects. Ian Glen plays the villain wonderfully. I felt like I got a double ending sort of treat. There is a moment with an abrupt fade to black and the film could have ended right then and there and I would have liked it, however it continues on with the actual ending and I liked that too.

Resident Evil: Extinction wasn’t half-bad, I do recommend watching the previous two in order to understand certain plot points that are not new viewer friendly. I went into Resident Evil: Extinction not expecting much and therefore was not disappointed, enjoyed the experience more or less, and feel that the series is not extinct and should continue on.

A screenwriter raised in the Mid-West and now living in California. One may find me currently writing the news for Terrortube.com 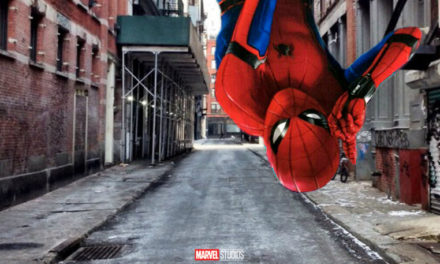