What’s Karthik Calling Karthik All About

Karthik calls Karthik,yes you heard it right and must be wondering how can one person calls himself?But that is the whole plot of the story.

Karthik (Farhan Akhtar) lives a life of a loser, working in a construction company always humiliated by his boss (Ram Kapoor) and haunted by his childhood dream and his greedy landlord (Vipin Sharma).Karthik has no friends, no mobile or any fun in his life. Only thing which brings smile on his face is his unspoken dream girl Shonali Mukherji (Deepika Padukone) an Architect in the same company, but she doesn’t even know if Karthik exist.Karthiks life changes drastically when he is fired from his company.Alone at home he slips into depression and tries to kill himself interrupted by a phone call from himself Karthik, who claims to be his well wisher and mentor. He is a different man now and out to show the world his real worth, gets a good position in the same company, enjoys his life and gets the love of his life Shona.Every morning 5 am Karthik speaks to this caller discussing his life and soon it becomes part of his life,only the caller needs a promise that he wouldn’t reveal this to anyone.

Post interval Karthik breaks the promise by telling this to Shona, followed by few interesting sequences where the mystery deepens more and more.Karthik life again takes a U turn and he is back to loser life. The caller promises to ruin his life and he exactly does that.He once again loses his job, his account is zero and his love lives him. Which prompt him to run away from the city to a place where even he doesn’t know.

Kudos to the debutant director Vijay Lalwani for touching a different story but no doubt the film belongs to Farhan Akhtar,he is natural and goes with the flow.Deepika delivers top performance.Loookout for Farhan Deepika chemistry.Ram Kapoor delivers a decent performance.Shifaali Shah is good . Vivan Bhatena is good. Tarana and Vipin Sharma are doest get much scope.Yatin Karyeka is wasted.

First half of the film is extremely slow and after the call,the story focus more on the romance and gets predictable except few moments between Shefali Chaya and Farhan Akhtar.Except two songs the music is strictly alright infact just when you feel the mystery is getting interesting unwanted songs plays a spoilsports.Climax could have been much more tight.Farhan travelling to Kerala without knowing the destination is a major letdown.Director tries to make the audience believe but in vain.

Movie will do adequate business in multiplexes but will fail in single cinemas.Go only if you are looking out for a different cinema and you are Farhan’s fan/Over all Karthik Calling Karthik could have been a better with more tight script but we have to call it a Theek movie Kar’THEEK’ Calling Kar’THEEK’. 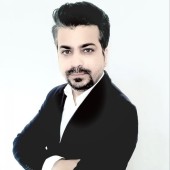