“Up in the sky, it’s a bird, it’s a plane!” The most famous and recognizable lines in the superhero genre. Everyone’s favorite superhero made a return in the 2006 film, Superman Returns. THe movie was directed by Bryan Singer and stars newcomer Brandon Routh as The Man of Steel, Kate Bosworth as Lois Lane, and Kevin Spacey as Superman’s most famous foe, Lex Luthor. The film is stated as an action film, but based on the style and tone of the film, most would call it a drama.

Let’s start with the plot of the movie first. The film is supposed to be set 5 years after Richard Donner’s, Superman II. Clark Kent took a five year absence to return to his home world of Krypton only to find nothing. While on Earth, Lois is heartbroken due to the fact the Superman had left without even the slightest goodbye and has even won a Pulitzer Prize for her news article, “why the World doesn’t need Superman.” Clark returns to the Daily Planet after his long vacation and is upset about the fact that Lois has moved on and learns that Lex Luthor has yet, another sinister plan to destroy Metropolis and the whole world. Nothing exciting can really be said about this film. I mean don’t get me wrong, there were some cool parts. It’s very “new” to see a bank robber shoot Superman in the face at point blank range and see the bullet disenigrate into his eye. But is that really the best you can do with an almost unlimited budget? It’s The Man of Steel.

One thing that I disliked in this film was the acting. I’m not saying it was terrible, because it wasn’t. I felt that it could’ve been better. Brandon Routh fit the look and style of Superman, and almost completely mirrored Christopher Reeve’s appearance. The choice for Lois Lane could have been better. The acting like I said was good, but not great. There was absolutely no connection with the characters at all in tis film. When I read the Superman comics I can relate to Clark’s feelings and Lois’s emotions toward Superman himself.

I guess another think I was not too happy with was the direction of the film. I for one love Bryan Singer’s films. He does very well at character origin and development, look at his X-men films for example. This film lacked all of these things. I feel like he was thrown into this movie in a hurry and just did the very least amount of work possible just to make Superman film. I did watch the special features to this, and I know he tried his best, but that’s how I feel. The timeline of this film makes no sense. It’s to take place in present day, but five years after Superman II, so some things in this film shouldn’t even exist yet. It just doesn’t all fit.

Overall I did enjoy this movie. I’m a huge Superman film, it’s just that I wish there could’ve been more. It’s bad to me when the teaser trailer for this film was better than the actual film itself. Now on the other hand, there are some very good things about this film. The fact that the filmmakers took all the time they did to reincarnate the late Marlon Brando’s Jor-El into this film was absolutely amazing. The scene where Superman is hovering in space was the probably the most beautiful scnes in this film. The style, tone, and cinematography of that scene was so great. If you’re a fan of the comics and are expecting an action packed Superman film, then this probably is not for you. The story was believable but lacked emotion and connection, as well as more action. I would say this is more of a drama than an action film. 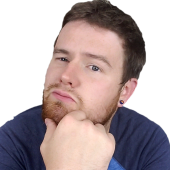 Review: One Flew Over The Cuckoo’s Nest