As the ninth James Bond movie, The Man With the Golden Gun finds Rodger Moore in full stride. This is the second Bond film starring Rodger Moore, and here we find the film makers trying to further distance the film from the Sean Connery era. The  hope would be to appeal to a new era of movie goers; movie goers who now wanted more action, more sex, and more entertainment. As a result, while the Connery-era James Bond movies had remained fairly faithful to the detective-like James Bond created in Ian Flemming’s novels, the Moore-era Bond films of the late seventies until mid eighties came to be characterized by lavish over-the-top action sequences, pop culture indulgences, and slapstick humor. The Man With the Golden Gun fully embodies this sentiment, holding nothing back for better or for worse. Looking back at the film, it is easy to point out how out dated, crass, and goofy this movie is, but nonetheless, it succeeds as an action flick that is a good representation of the time period; especially in its attempts to cash in on the Kung-Fu movie craze and the energy crisis. 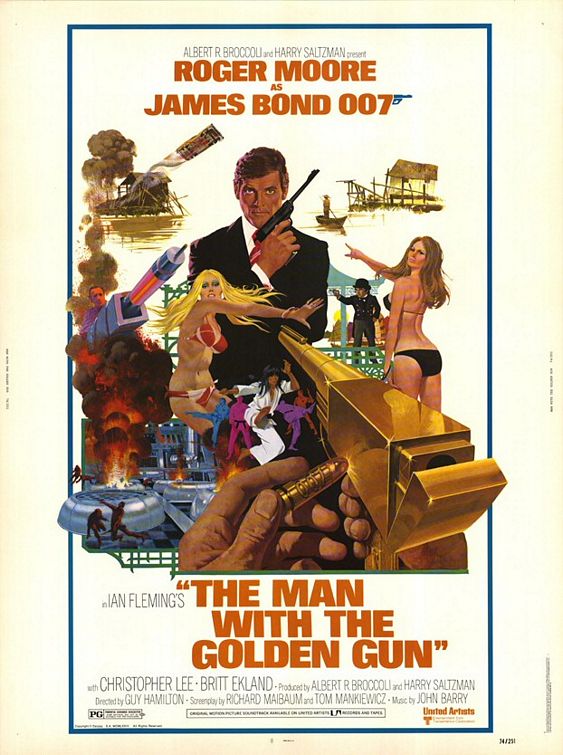 Synopsis: Fransico Scaramanga is an elite assassin, a man so reliable and well-known at his trade that he requires a million dollars per kill and uses his own, one-of-a-kind golden gun with special golden bullets etched with the name of his target. Meanwhile, James Bond is on a mission to find a state-of-the-art stolen energy transformer called the “Solex Agitator” which makes thermoelectric power generation possible from sunlight, and thus a solution to the world’s energy problems. When a golden bullet shows up with “007” on it, Bond is relieved from duty for his safety. Bond, though, is not one to sit idly by, and begins tracking down Scaramanger, taking him to Beirut, Hong Kong, and eventually Bankok. Here he determines the connection between the missing Solex Agitator and Scaramanger’s golden trademark bullet marked with his number. A duel between crafty gunslingers ensues, with the fate of the world’s energy supply and economy depending on its outcome… 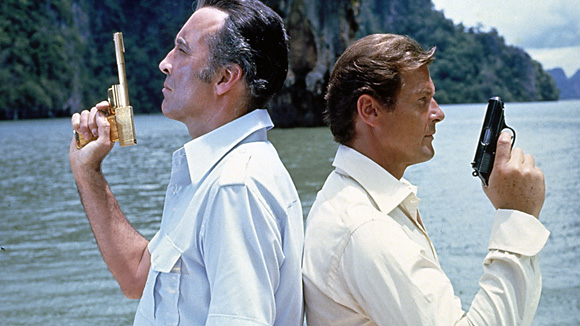 My previous review: Rated for Redux: Alice in Wonderland (2010)