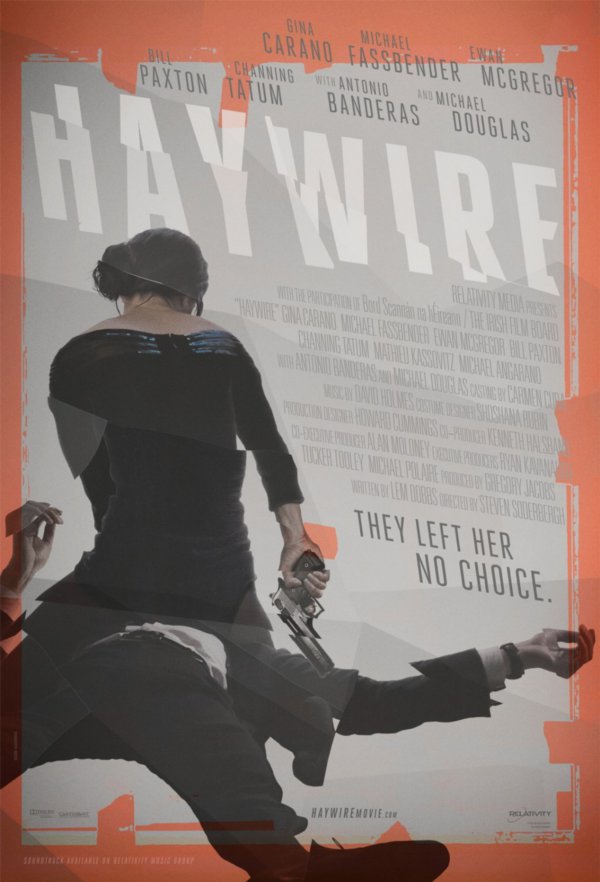 “You shouldn’t think of her as a woman. That would be your first mistake”

Steven Soderberg is a man of many montages. Haywire is his latest movie, which takes his recognizable style and tries to apply it to an action movie. While the film oozes with his style, I would say that it isn’t quite successful at what it is attempting to accomplish. Soderberg pushes too hard. His style is everywhere, up front, and very distracting. Only a couple of times did I feel that it actually enhanced the film in some way. This is a movie about a renegade gun-for-hire, cracking skulls and enacting revenge. But the background music is lounge-like, seemingly pulled straight from Oceans 11 and blaring throughout. The action scenes? A mess of cut shots from multiple angles where each shot seeminly shows one punch at a time. Then there is the issue with the story. It starts off like a Quentin Tarantino, before meandering through scenes we’ve seen before in James Bond and Jason Bourne films before it finally becomes something original at the very end. It doesn’t help that the film is told in a topsy-turvy forward-backwards way where one story line is used to explain what is happening in the other without ever explaining the big picture to the audience until the end.

However, despite all the over-direction by Soderberg this film is important and a must-see for another reason; MMA fighter Gina Carano in the lead role. This film is the birth of a new kind of action star, one that we have not seen before. Perhaps not the best actor, but insanely powerful and impacting in action and stunt moves. Bruce Lee, Chuck Norris, Jackie Chan, and Jet Li came before, but none of them are female. Carano is just as comfortable kicking ass as she is wearing an elegant dress, and her performance in this movie is enough to make Hollywood reconsider what it takes to be an action star. More importantly though, she is convincing enough to make us all believe that roles previously reserved for men can now be just as effectively portrayed by women. 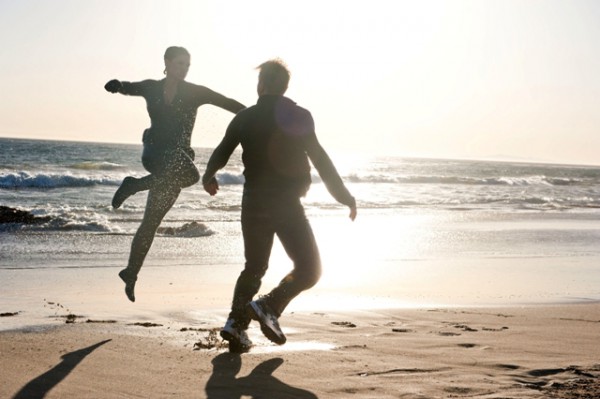 Story: Mallory Cane is a private operative for hire. At the top of her game, she is seemingly in demand around the globe. The movie starts with the aftermath of a job that apparently went wrong. While she runs for her life, she fills in the details, telling the story of how she was double crossed by her former employer and the US Government. Now, she must find this employer and figure out why, before the other operatives can track her down…Okay (15/25)

Acting: Like most Soderberg films, this one has an all-star cast. First and foremost there is Carano, who while not the most convincing actress is plenty convincing during the action scenes, which luckily is a majority of this film and the reason for the “good” rating I gave. Ewan McGreggor plays her weasily employer, and doesn’t struggle too much. Channing Tatum is a fellow operative, seemingly phoning it in. Other minor characters are played by Antonio Banderas, Michael Douglas, Michael Fassbender, Michael Angarano, and Bill Paxton. Paxton is the one that makes the most of his limited screen time. Good (20/25)

Direction: Soderberg is out of control. He needed to adapt his style for an action film rather than adapt an action film to his style. Carano makes the action scenes intense, but Soderberg doesn’t make them gritty. The film is too polished, tries to be too sophisticated for its rather simplistic and generic plot. The music and editing should enhance the action onscreen, not distract from it. Not to mention the numerous montages that invade the space between the scenes. They don’t advance the story and end up making parts of the film feel smug. Bad (13/25)

Special Effects/ X-Factor: Again, the stunt and action pieces shine, thanks to Carano. She is the redeeming quality of this movie and what makes it so special despite its so-so story and crazy direction. When history looks back at this film, it will be because it was the vehicle with which Cerano conviced the world that women can not only be action heroes, but can be believable action heroes. I mean, come on, were you really convinced with Angelina Jolie in Salt or Zoe Saldana in Columbiana? Carano is the real deal. Great (25/25) 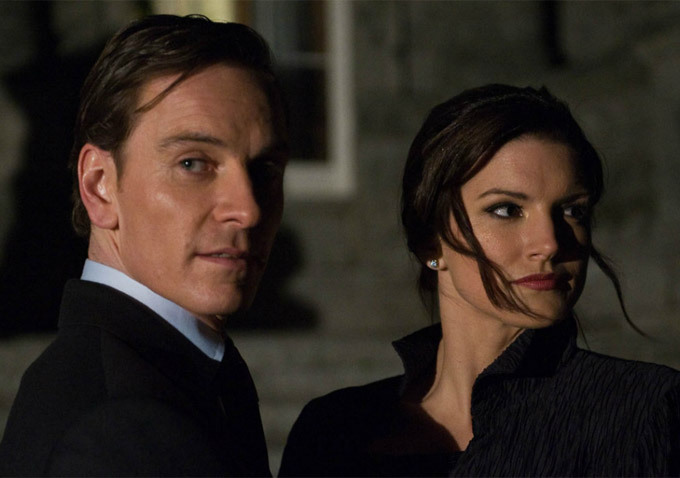 Schwarzenegger and Belushi help to improve on Russian and American relations while getting Russia’s deadliest drug smuggler off the streets.