I recently went to the theater to see the newest romantic comedy “Leap Year.” Going into the movie, I expected it to be the predictable and rather cliche sort of movie that I’ve been forced to watch over and over again. I’m not really a fan of romantic films, but I figured I would give this one a chance, mainly because I had a free ticket. The story turned out to be rather refreshing. The main character was a young lady who had a good career and had a faithful boyfriend. This was a genuine surprise to me, considering most of the romantic films involve cheating boyfriends and or husbands. The girl wants her boyfriend to propose to her, and is slightly disappointed when he gives her a set of earrings instead of an engagement ring. He flies away to Ireland for business, and she decides she is going to follow him there and propose to him on February 29th after discovering this is an Irish tradition. She is then faced with a storm that leads her to a small town far away from Dublin, which is her final destination. She meets a cranky, Irish man who she pays to drive her to Dublin. Their journey is met with a series of hilarious mishaps and quirky situations. The rest of the movie continues on like this and the ending is happy. I won’t give away any significant details, but I will recommend that you go see this film. It is very cute and a refreshing twist on the usually overproduced romantic comedy. 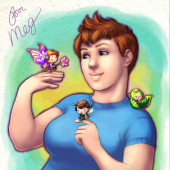 I love movies and love talking about them! I've wanted to become a critic for a very long time. Having people decide whether or not to go see a movie based on my opinion sound like a thrilling sort of lifestyle that I hope I can someday achieve.