As you may well be aware, I am not able to write a full review for every movie that I see simply because there are too many movies that I’ve seen and the way I usually write reviews takes up too much time to do each justice. To fix this inconsistency though, I have written mini-reviews of movies that I usually don’t feel like writing full reviews of. What’s more, to make this worth your time, I will group them together. Without further delay… 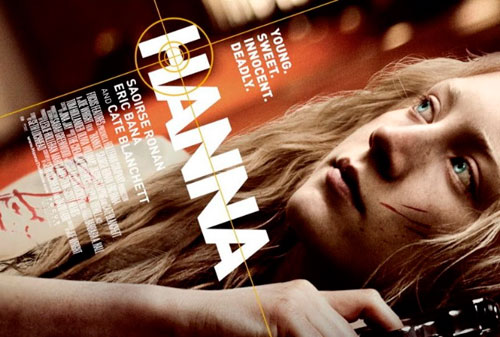 What happens when you raise your kid to be an unstoppable killing machine, a’la Jason Bourne? Well, for one, that kid kicks serious ass, but at the same time said kid will miss out on his/her childhood. That is the premise of this movie. Hanna is the unstoppable killing machine, raised by her ex-CIA father in a secluded cabin. This makes for a movie that is half action/adventure, half coming of age. This is an interesting combination, but I think what comes after this movie would have been even more interesting. Once Hanna “completes” her purpose in life, what does she do next? It’s an interesting psychological investigation, one that there is too much action in this film to cover adequately. Still, the direction, acting, and ebb-and-flow story line are a welcome relief to the rather generic action films that Hollywood routinely puts out.

Synopsis: Hanna’s mother died as a result of a set up by the CIA. Her father raises her with one purpose; revenge. 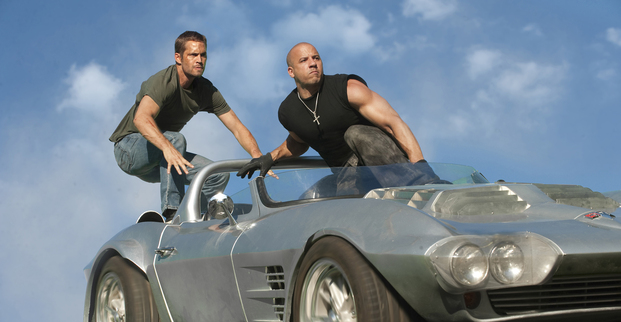 The first Fast and Furious movie was completey original, one of the first films to showcase the popular street racing culture. Perhaps it was too influential, as every time I see a Toyota Camry or Hyundai Tiburon with a rediculous wing on the back I wonder what said motorists were thinking. Since then, we’ve seen 4 other Fast and Furious movies which were more of the same, with each one upping the anty as far as unbelievable stunts revolving fast cars. The newest installment, Fast Five, takes a slightly different approach, basically all but abandoning the original’s focus on street racing for an Italian Job-esque heist story, albeit with plenty of stupidly over-the-top stunts that make the previous movies’ stunts look tame. It is yet another example of Hollywood recylcing a story we’ve seen countless times before but making it bigger, badder, and stupider.

Synopsis: Dominic and his renegade crew need some money. So they come up with a plan to steal it from a police station! In Rio! 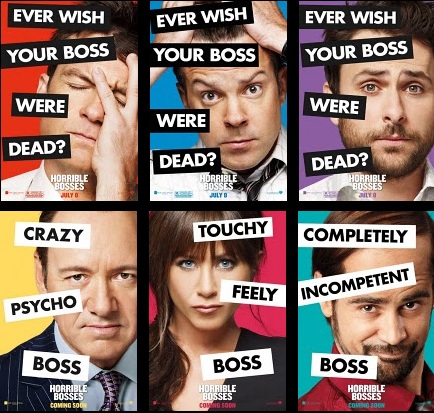 Vulgar comedies are in. If The Hangover showed us anything, it’s that vulgar humor can sell if it is widely identifyable. Horrible Bosses cashes in on this trend with the widely identifyable idea that people hate their bosses. It goes even farther to suggest that this hatred might run so deep as to drive a person to commit murder. It seems like a dark subject, but Horrible Bosses handles it well, not as a black comedy, but as a ab-busting laugh fest. And how do the film makers get away with this? Stupid characters in ridiculous situations.

Synopsis: Three friends hate their bosses, and as a result they devise a plan to murder each other’s bosses. 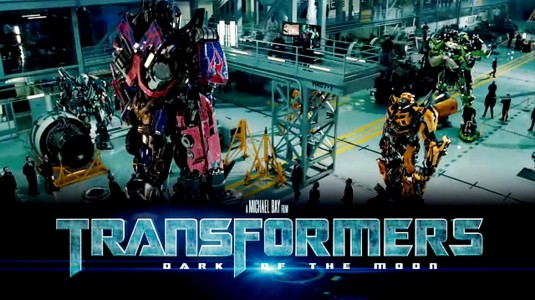 Michael Bay is the epitome of everything that is wrong with Hollywood. His movies are all flash, no substance. Made not for an artistic purpose, not to address a problem, not to investigate nor voice an opinion. His films are made to make money. Therefore, when I heard that Michael Bay had admitted that his last transformers movie, Revenge of the Fallen, was trash, I had hope. Hope that he would right the franchise and make a solid movie that would for once not rely on explosions as the sole entertaining factor. Even better, when Dark Side of the Moon came out, the reviews were positive. LIARS! Seeing the movie for myself, I can tell you that nothing has changed. Dark Side of the Moon is as much a black hole for intellegence as its predecessor. How can people be entertained by such trash?

Synopsis: Who cares about the last two movies, the salvation of the transformer’s race is located in a crashed ship on the moon. The battle for control of it ensues. 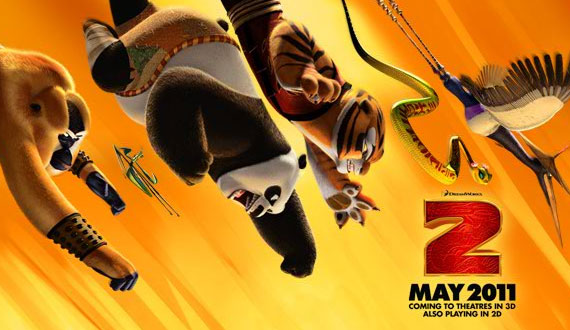 Dreamworks Animation seems to be on a roll. With the original Kung Fu Panda being well received and How to Train Your Dragon getting even better reviews, Dreamworks Animation seemed like it just might be able to compete with the almighty Pixar. But then, there is the problem with sequels. Dreamworks Animation’s first real hit, Shrek spawned three, none of which were as good nor as enjoyable as the original. So what about Kung Fu Panda 2? Well, it works. The original film had pleanty of interesting characters, lots of heart, and a setting with lots more to explore. That is the difference between this sequel and all the Shrek sequels. It feels new, interesting, and vibrant in a natural way. The Shrek sequels felt like they were streching to create new adventures and situations for the characters.

Synopsis: Po must fight an evil villain who is conquering China, and in the process finds out about his past and where he really came from. 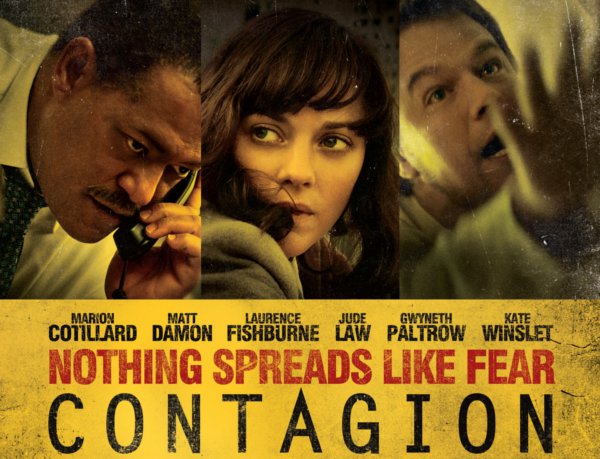 It seems like once a decade we get a big-budget film about a killer virus/disease decimating the human population. We had 1971’s Andromedia Strain, 1980’s Virus, 1995’s Outbreak, 2002’s 28 Days Later, and now, 2011’s Contagion. While each has its own unique way to tell its story, it can be said that if you’ve seen one, you’ve seen them all. Said ailment infects vast amounts of people, hero(s) try to create a cure to save human race. Contagion is no different, but that does not mean that it is not worth seeing. Perhaps not as original as Andromedia Strain, as action-packed as Outbreak, or as thrilling as 28 Days Later, Contagion nevertheless has some originality to call its own. First, the film is directed by Steven Soderberg of Ocean’s 11/12/13 fame, so we get a veteran director with a very unique style. We also get a handful of veteran actors and a multi-faceted story line in which characters that are effected by the outbreak in different ways get to tell their story. So therefore, even if it feels like you’ve seen this before, at least Contagion is able to present its story in a new and updated way.

Synopsis: The film follows a cast of characters as they deal with a new killer disease and work together to find a cure before it is too late. 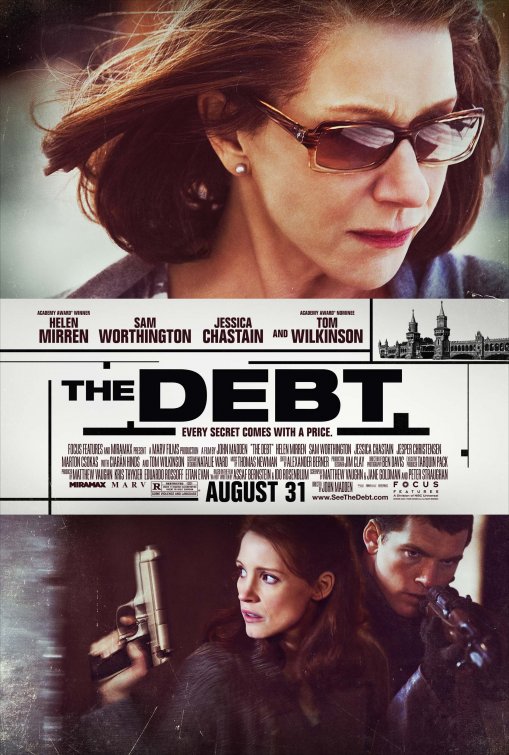 The Debt is one of the most innovative movies in terms of storytelling that I have seen in some time. At the most basic level it is a cold-war thriller, with tensions high at all times as it follows the secret mission of a covert team, not unlike Munich. At the basic level. As the story unfolds though, the audience is greeted with a curious weaving of storylines taking place with the same characters but decades apart. With this unique back-and-forth story, the film makers are able to give the audience both the cause and effect at the same time. This is not one of those films where the old guys reminesce about their past, and then the movie goes back in time to show what happened. In this movie, both the events occuring in the past and “present” are equally important (present is in parentheses because the later time period is really the 1990’s). Most interestingly, as what happens in the past unfolds, the “present-day” situation unfolds as well. This leads to a very twisted ending, where literally the past and present collide in a battle to the death.

Synopsis: The film changes between the perspectives of a team of covert operatives while undertaking their most challenging mission yet, and the future years later when they are venerated as heroes. 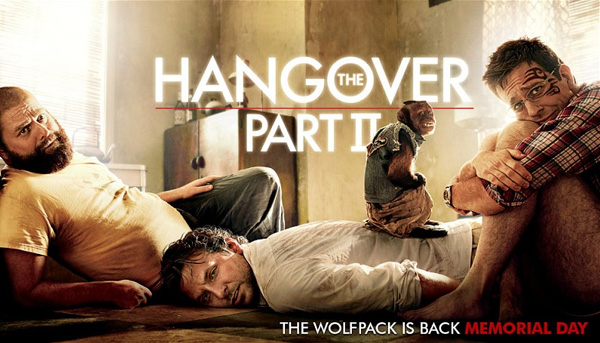 Can you pinpoint the time at which Hollywood’s greed to make more money gets out of control? When the movie comes out on DVD only a month after it left the theater in order to coincide with some national gift-giving holiday? When the movie sports its own collection of plush representations of its characters or other similar memorabilia for sale? Or how about when they make a sequel that almost copies the original in premise but is only really succesful when it riffs off of things that happened in the last film? If you answered all of the above but most of all the last thing, then you and I are on the same page. The Hangover Part II is just like Home Alone 2: Lost in New York, Weekend at Bernie’s 2, or even any Saw sequel. These films exist to make money and water down the stock of the original film. Sure, The Hangover is still a great movie, but with a sequel, said greatness is diminished.

Synopsis: The same kind of thing happens in this movie that happend in the last one except this one takes place in Bankok. 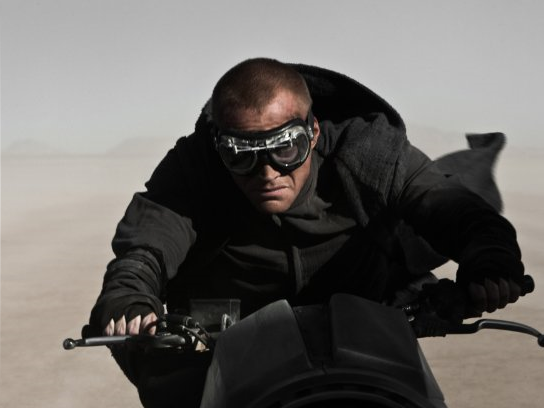 The vast quantity of vampire movies (and zombie movies) to have come out of Hollywood recently almost necessitates the need to have some sort of sub-category system set up. As such, I would put Priest in the sci-fi vampire sub genre even though it is difficult to tell what this movie actually is or is trying to be. At times it seems like a post-apocalyptic cowboy western, at other times a religious action movie. But don’t worry, if I’m making the movie sound complicated, it isn’t. In fact, it is dissapointingly simplistic. Don’t get me wrong, this movie has some potential, but it is not concerned with developing ideas or characters. No, Priest is looking for cheap thrills. The same ones we’ve seen coutless times before.

Synopsis: In a future world made desolate by a war between men and vampires, a group of priests exists to fight these vampires and save mankind. 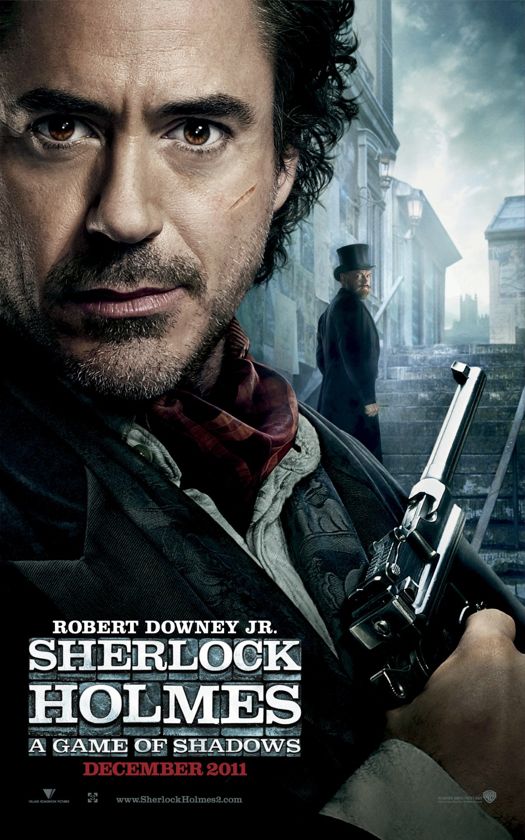 On paper, Guy Ritchie seemed like the perfect director for the original Sherlock Holmes franchise. His movies are known for powerful characters, hard-knuckle gritty action, and plotting, witty stories; all qualities that would seem like a good fit for a Sherlock Holmes movie. Unfortunately, the original film lost its focus. Instead of a gritty detective story with an investigative plot, the original film was an all-out action movie with a story that tried to seem smart but ended up being rather dumb. The titular character ended up being too hip, and rather than turning up clues to progress the story, he simply bumbled onward. Fortunately, the sequel makes an attempt to rectify these mistakes. Sure, most of the problems with the first film are still around, but at least this time the plot is believable. Not to mention that at times the movie feels like a real detective movie. At times. At other times it is still the same brash, stupid, over-the-top attempt to trick the audience into thinking they are watching a smart film.