Plot:
Eddie (Nick Moran), Tom (Jason Flemyng), Soap (Dexter Fletcher) and Bacon (Jason Statham) are four friends who are looking for their big pay day. They pool together their savings and enter Eddie in a high stakes card game run by Hatchet Harry. They get ripped off and end up owing Harry 500,000 pounds. Meanwhile Harry has Barry the Baptist (Lenny McLean), his right-hand man, hire some goons to steal two antic shotguns. Eddie’s neighbours just so happen to be a gang of armed thugs, lead by Dog, and are planning on robbing a quartet of cannibis farmers. The story then an unfolds to show how all the characters are intricately connected.

“These are not stolen, they just haven’t been paid for. And you can’t get ’em again, they’ve changed the bloody locks.” – Bacon

Director Guy Ritchie gets his movie career (full length movies anyway)off with bang with this movie. He weaves an intricate web of characters, crime, deception and humor. And he delivers solid entertainment. This movie has an ensemble and so the focus is more on the storytelling and not any specific lead. His shots are amazing and really draw you in. It’s a great movie and worth a second watch for anyone who’s seen it. This film also introduces Jason ‘can-actually-act-and-is-not-just-a-martial-arts-guy’ Statham as Bacon and retired footballer Vinnie Jones as Big Chris. Vinnie Jones does a perfect balance of his tough guy persona and humour.

What works:
The directing, cinematography and soundtrack are amazing. The movie comes packed with action, foul talking Londoners, one-liners and cumulates with a brilliant conclusion. Of note is Nick Moran’s and the late Lenny McLean’s performances, which are quite excellent.

What doesn’t work:
The movie does get off to slow start and does demand your attention if you’re to follow the plot. Anyone not used to the Brit accents might struggle to keep up with the story and may need a second viewing to fully appreciate the dialogue. Some of Cockney and Scouse accents not to mention the colourful Londoner’s lingo take some getting used to (it gets so thick that they throw in subtitles at some point). There’s also a funny saturation used that will take some getting used to.

Who will enjoy this movie:
It’s a cinematic masterpiece. It’s especially a guy’s movie but fun for just about everyone and for people who don’t like predictable endings.

Must see? Oh Yes. Must Have? Oh Yes, you definitely want to watch this more than once. 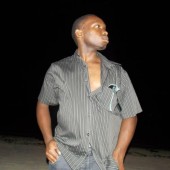 Clash of the Titans Then and Now